In the early days of devices with a user interface, there was a single process that ran the user interface component. This was a nice way to separate out the user interface from the logic controlling the device and to ensure responsiveness for the end user. As hardware costs fell while simultaneously becoming more capable, we found more things for our devices to do. The user interface needed to be able to handle many more things, including asynchronous events and presenting information coming in from multiple places. Think of the transition from simple phones doing SMS, to feature phones and now smartphones which are more powerful than PCs of a decade ago. To run the whole UI of a smartphone in a single process would be considered madness today. Why not use similar techniques for building complex device user interfaces?

Devices with a multi-process user interface have several benefits: 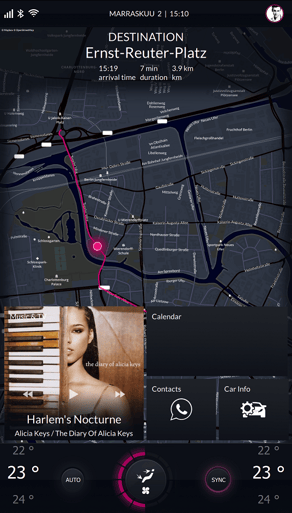 Having made the decision to have multiple process for the user interface display, the next technical problem to solve is getting the outputs of each process onto the display. Historically the approach has been to use X and write your own window manager.

The modern approach is to use Wayland, which is a simpler replacement for X.

With Wayland, the compositor is responsible for arranging and displaying each client’s content or output on the screen.

Earlier versions of Qt provide the Qt Window System (QWS), which shares some of the design goals of Wayland. However, QWS only supports Qt-based clients and its architecture is not suited to modern OpenGL-based hardware. With Qt 5 we therefore started working on Wayland. Running Qt applications as Wayland clients has been officially supported since Qt 5.4.

I hope this has piqued some interest in creating multi-process devices with the Qt Wayland Compositor API. To see for yourself how easily it can be done, check out the 10-minute tutorial below.