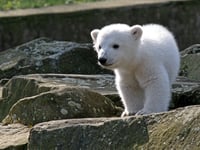 While we were stabilizing Qt Creator 2.1.0 for the Qt SDK, we were already heavily working on the features and fixes for the next version. So we are able to proudly present a feature complete beta release of Qt Creator 2.2 today. Of course this release is overshadowed by the death of our beloved polar bear, Knut, so, in memory of him this release is codenamed "Knut Creator".

Qt Creator got a range of useful new features, and a huge number of big fixes and improvements. Let me start by thanking our contributors, especially Hugues Delorme who implemented Bazaar VCS support, and Nicolas Arnaud-Cormos who contributed support for recording and playing text editing macros.

Some of you might use different source or header file extensions than what we decided to support as 'standard'. Qt Creator 2.2 has some good news for you: A new preference page (Environment->MIME Types) has been added where you can change or add mime type definitions known to Qt Creator and what editor type is used for them.

We added configurable snippets to the editors, already coming with a range of predefined C++ and QML snippets and allowing you to add your own through Preferences->Text Editor->Snippets. It supports placeholders that you fill in when inserting the contents of a snippet into your code or text file.

If you have other tools that you regularly use when working with Qt Creator, you should have a look at the new "external tool" integration. You can add menu items to Tools->External, defining the command to execute, command line arguments, standard input to pass to it, and what to do with possible output of the tool. For this you have a range of "Qt Creator variables" available, like the file path of the current document. As examples the previous Edit->Advanced->Open in External Editor has been moved to this new mechanism, as well "Sort Selection". If you miss variables or other things there, please don't hesitate to post suggestions through the usual means (bug tracker, mailing list, irc).

Debugging also got a whole range of improvements and fixes. The CDB engine received some love, and the reworked engine has much improved startup times, especially for consecutive debugging sessions on the same project, and allows you to debug 32 bit and 64 bit applications independently from how many bits Qt Creator has been compiled for. The debugger tool tips are now pinnable. For debugging on Symbian devices we now support the use of the new CODA debugging agent (no more "General OS related error" :) ), have a look at the documentation for how to turn that on. Also, mixed QML/C++ debugging got a big update.

The list goes ever ever on, with a real whole lot of fixes and improvements to QML coding support, tool chains to being configurable manually (a surprisingly big refactoring), a valgrind based mem check integration added (Debug->Analyzer) for Linux and Mac, an editor for GL shader language, real quoting and shell syntax when specifying program's command line arguments, .... .

Check the more complete list from our change log, or simply get the package and try for yourself!