Christmas is getting close, and it’s about time to unwrap one of the presents. You can get it at qt-project.org/downloads and learn more about about it via Qt 5.0 page on qt-project.org. For those of you that are commercial customers, simply visit your download area. If you are interested in evaluating the commercial version, please visit qt.digia.com/qt5.

So yes, it has finally happened:

The Qt Project and Digia have released Qt 5.0.

Let’s unwrap it a bit, and have a look at what’s inside.

Qt 5.0 is a major overhaul over the Qt 4.x series that have been around since 2005. We have invested lots of time and effort to make Qt fit for the future.

The video below should give a good first impression of many of the new features in Qt 5.0, as well as its capabilities:

The whole video is actually a screen capture of a Qt 5 based application using Qt Quick, OpenGL and WebKit.

For those of you who want to see it in real, running smoothly on your desktop or device, get Qt 5, then download the demo from qt.gitorious.org/qt-labs/qt5-launch-demo, open the project in Qt Creator, build it and enjoy!

The blog posts about the alpha, betas (beta1 and beta2) and release candidates (RC1 and RC2) contain a lot of additional details on the features that got added with Qt 5, and if you’re hungry for more details I can recommend reading up on these posts again. The roadmap presentation I gave at the Qt Developer Days this year also contains some more details.

But we haven’t forgotten where we’re coming from. Qt 5 is the successor to Qt 4, and we have done our utmost to keep Qt 5 as compatible with Qt 4.x as possible.

While we have cleaned up many things in our internal architecture and made Qt more modular, leaner and faster, we have managed to keep application compatibility in a way that most applications will work with very few changes and a simple recompile on Qt 5.

Of course, this also implies that Qt Widgets are fully supported and an essential part of Qt 5.

Qt Creator, being the biggest application we develop inside the Qt Project, is a prime example that shows this. A couple of weeks ago, we released Qt Creator 2.6 for use with Qt 4.8. The Qt 5 packages ship with Qt Creator 2.6.1 (which apart from bug fixes contains the same code base), but compiled against Qt 5.

As with every release, also this one has a few issues left that we know about. If you encounter a problem, please check the known issues page first, where you can find solutions and workarounds for common problems.

If you find any other bug in Qt 5, please help us to improve the product in future releases by reporting it to bugreports.qt-project.org. Ideas for or contributions of new features are also welcome. Simply check out qt-project.org/contribute for details.

There are a few things we’re still working on for the 5.0 series. We have bugs that we want to fix. We currently do not have binary packages for MinGW (as WebKit doesn’t yet work with it yet) and MSVC 2012 (you'll need to compile from source), and we’ll work on delivering these as soon as possible. The current plan is to have a first patch level release, 5.0.1, some time before the end of January.

We’ll then be aiming for a Qt 5.1 release some time in Spring 2013, where we’ll mainly focus on stability and bringing modules such as Qt 3D and Qt Sensors into the Qt 5 base distribution. We also hope to be able to show some preview releases of the Qt ports for Android and iOS within the same time frame.

From there on, we will move over to a fully time based release schedule with feature releases twice a year.

Finally, there should be some time to thank all the people that helped make the release happen.

A total of 427 people have contributed changes to the code base. Here are the pictures of some of them: 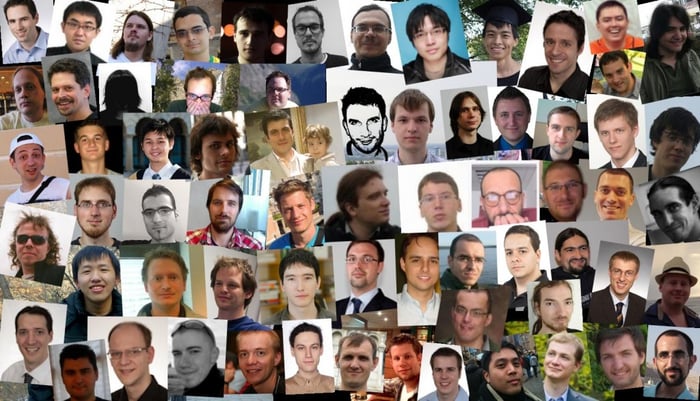 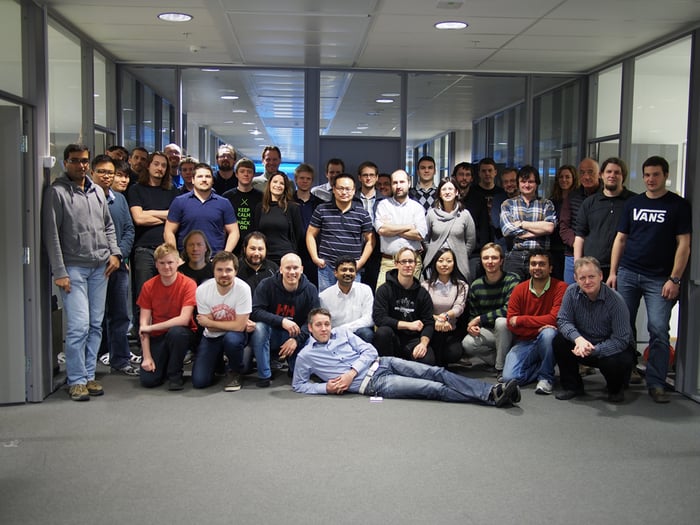 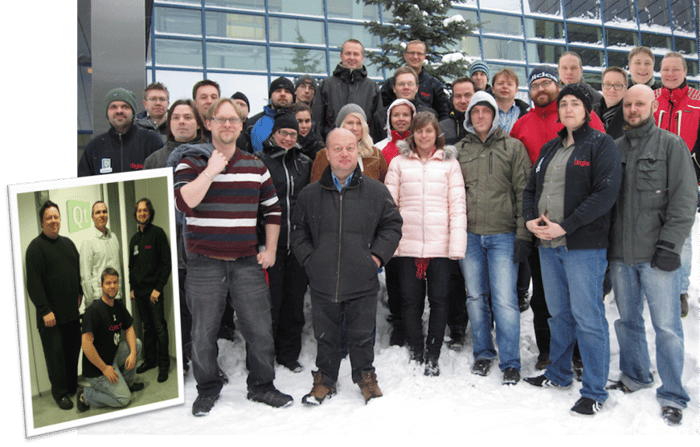 Many more have helped by reporting bugs, discussing with us, giving feedback, or simply by supporting the people that have been working on Qt 5.0.

Everybody at Digia has been working extremely hard the last couple of months trying to get the release together. We managed to completely restructure the documentation after the 2nd beta. People have been doing an amazing amount of testing and bug fixing. Pulling it all together was a lot harder then we all expected, but we managed to get the packages into shape in the end.

KDAB has been contributing a lot with features, bug fixes and reports. They did special Qt 5 bug fixing days. Many other people inside the community have worked equally hard.

This shows that a little more then one year after it’s launch, the Qt Project has turned into a great and fantastic community.

I’d like to thank each and every one of you. You all helped making this release happen.

Enjoy your Christmas holidays and I wish us all a happy and successful new year!