We are very excited to be able to bring Qt to a new platform. Qt for iOS is planned to be a supported part of Qt 5.2, scheduled for release late 2013. The scope of that release is not completely determined: available resources, platform/app store restrictions and Qt legacy set constraints on the project. This blog outlines the current plan.

Qt 5.1 will contain a preview - which was in fact merged last Friday. It’s also possible to take a look today by checking out the Qt source code. See “Getting Started” for detailed instructions below.

Development and Deployment
Development and especially deployment is done using Xcode. The supported workflow is to maintain a .pro file based project, export it to Xcode (and re-export when the project setup changes), and then build and deploy using Xcode. Source code editing can as usual be done in any editor.

Qt 5 Architecture
Understanding the level of support various Qt modules will get, requires a brief detour into Qt 5 architecture. With Qt 5 there is now a common API that all platforms implement (the Qt platform abstraction - QPA). Most of the Qt for iOS project work will happen here, and this is the code base the team will support. The QPA layer powers both widgets and QML (1 and 2).

Styling
The Qt Mac style uses the HITheme API provided by OS X to draw native-looking UI elements. There is no such API on iOS, which means creating a QiOSStyle similar to QMacStyle is not possible. Cross-platform styles such as the new Fusion style will however be available. Future styling efforts will focus on controls for Qt Quick 2.

Qt Quick 2: JavaScript engines and JIT
Qt Quick 2 uses the V8 javascript engine, which cannot be deployed on iOS due to policy and technical limitations related to V8's use of a just-in-time compiler. This means no Qt Quick 2 on iOS for the time being. We are aware of the problem and are working on a solution. 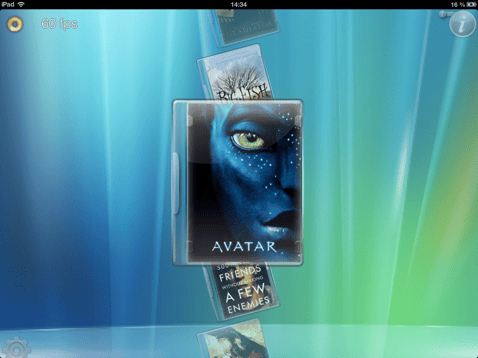 Qt5 Cinematic Experience by QUIt Coding, ported to Qt Quick 1 and running on an iPad

The Road to Qt Location