Right before Qt Developer Days in Berlin, November 2012, we began discussing with the qt-project.org moderators how to bring rest of the Qt Project into Open Governance. This includes the content management system, forums, wikis and so on – everything run as a real community-driven project, as the Qt development itself has been run since October 2011. 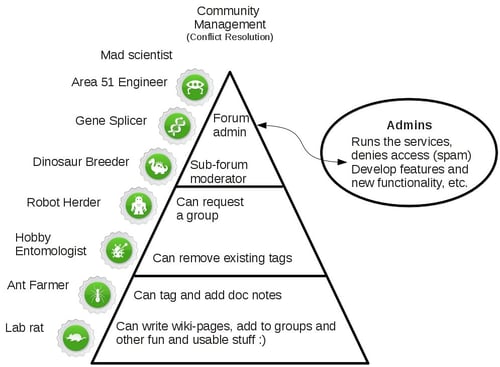 To make a proper plan, we’ve been running a series of structured IRC meetings, open for all, starting in December last year, continuing through February this year. As the meeting summaries show[2], we started the planning sessions with a discussion on the purpose of the Qt Project Web. Then we continued with discussion and investigation on how maintenance can be done, including co-development of the web content management system. Technical issues, such as improvement with single sign-on and improvements to the wiki-system were discussed. Privacy, internationalization and license issues have also been looked at.

Here are some key topics and actions crystallizing out of these meetings:

We are now working on four parallel activities to make Open Governance happen.

There are a couple of other things currently being worked on, such as cleaning up the CSS, simplifying the site navigation, removing old links, and a walk through of the old bugs in the bug-tracker. This work is currently under way.

Since these processes are being run in parallel with the upkeep and maintenance of qt-project.org site from day to day, it’s a little difficult to give an exact time span on when each step will be implemented. We will give progress updates on the Qt Project malinglist[3].

Please have a look at the references below for more information. We welcome your feedback.

A new face for the Qt Project