Qt 5.0 added basic support for reasonable resolution displays. The upcoming Qt 5.1 will improve the support with new API and bug fixes. Qt 4.8 has good support, and backports of some of the Qt 5 patches are available.

While this implementation effort is mostly relevant to Mac and iOS developers, it is interesting to look at how other platforms handle high-dpi displays. There are two main approaches:

Qt has historically worked in device pixels with DPI scaling. Back in 2009 support for high DPI values on Windows was improved. The Qt layouts do however not account for increased DPI. Qt 5 now adds support of the "new pixels" type of scaling.

(Are there other high-dpi implementations out there? Use the comments section for corrections etc.)

The key to the OS X high-dpi mode is that most geometry that was previously specified in device pixels are now in device-independent points. This includes desktop geometry (which on the 15 inch retina MacBook Pro is 1440x900 and not the full 2880x1800), window geometry and event coordinates. The CoreGraphics paint engine is aware of the full resolution and will produce output at that resolution. For example, a 100x100 window occupies the same area on screen on a normal and high-dpi screen (everything else being equal). On the high-dpi screen the window’s backing store contains 200x200 pixels.

The main benefits of this mode is backwards compatibility and free high-dpi vector graphics. Unaware applications simply continue to work with the same geometry as before and can keep hardcoded pixel values. At the same time they get crisp vector graphics such as text for free. Raster graphics does not get an automatic improvement but is manageable. The downside is the inevitable coordinate system confusion when working with code that mixes points and pixels. 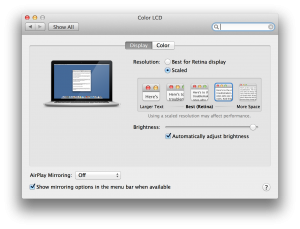 If you don’t have access to retina hardware there is also an emulation mode which can be useful when used on an extra monitor. Open Display Properties and select one of the HiDPI modes. (See this question on stack overflow if there are none.)

High DPI mode is controlled by the following keys in the Info.Plist file:

Qmake will add these for you. (Strictly speaking it will only add NSPrincipalClass, NSHighResolutionCapable is optional and true by default).

If NSHighResolutionCapable is set to false, or the keys are missing, then the application will be rendered at the "normal" resolution and scaled up. This looks horrible and should be avoided, especially since the high-dpi mode is very backwards compatible and the application gets a lot of high-dpi support for free. 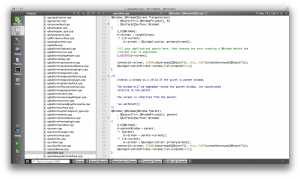 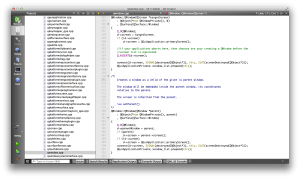 (Appart from a patch to update the "mode" icons, this an unmodified version of Qt Creator.)

Mac OS 10.8 (unofficially 10.7?) added support for high-dpi retina displays. Qt 4 gets this support for free, since it uses the CoreGraphics paint engine.

Qt 5 uses the raster paint engine and Qt implements high-dpi vector graphics by scaling the painter transform. HITheme provides high-dpi Mac style for both Qt 4 and 5. In Qt 5 the fusion style has been tweaked to run well in high-dpi mode.

OpenGL is a device pixel based API and remains so in high-dpi mode. There is a flag on NSView to enable/disable the 2x scaling - Qt sets it in all cases. Shaders run in device pixels.

Qt Quick 1 is built on QGraphicsView which is a QWidget and gets high-dpi support through QPainter.

Qt Quick 2 is built on Scene Graph (and OpenGL) which has been updated with high-dpi support. The Qt Quick Controls (née Desktop Components) has also been updated to render in high-dpi mode, including using distance field text rendering.

The take-away point here is that for app developers this doesn’t matter, you can do most of your work in the comfort of the device-independent pixel space while Qt and/or the OS does the heavy lifting. There is one exception which is raster content - high-dpi raster content needs to be provided and correctly handled by application code.

QPainter code can mostly be kept as is. As an example lets look at drawing a gradient:

On high-dpi displays the gradient will have the same size on screen but will be filled with more (device) pixels.

Drawing a pixmap is similar:

To avoid scaling artifacts on high-dpi displays the pixmap must contain enough pixels: 2x the width and height of destinationRect. The application can either provide one directly or use QIcon to manage the different resolutions:

QIcon::pixmap() has been modified to return a larger pixmap on high-dpi systems. This is a behavior change and can break existing code, so it's controlled by the AA_UseHighDpiPixmaps application attribute:

Qt Widgets has some edge cases. Ideally it would pass QIcons around and the correct pixmap would be select at draw time, but in reality Qt API often produces and consumes pixmaps instead. This can cause errors when the pixmap size is used for calculating layout geometry - the pixmap should not use more space on screen if it's high-resolution.

To indicate that a 200x200 pixmap should occupy 100x100 device-independent pixels use QPixmap::devicePixelRatio(). Pixmaps returned from QIcon::pixmap() will have a suitable devicePixelRatio set.

QLabel is one "pixmap consumer" example:

QLabel then divides by devicePixelRatio to get the layout size:

Several issues like this has been fixed in Qt, and application code can have similar code that needs to be corrected before enabling AA_UseHighDpixmaps.

The devicePixelRatio() accessor is available on several Qt classes:

However, QGLWidget::width() is really QWidget::width() which returns a value in device-independent pixels. Resolve it by multiplying with widget->windowHandle()->devicePixelRatio() if needed.

Qt Quick 2 and the Qt Quick Controls work well out-of-the box. As with widgets coordinates are in device-independent pixels. Qt Quick has fewer raster-related edge cases, since the QML Image element specifies the image source as a url which avoids passing around pixmaps. 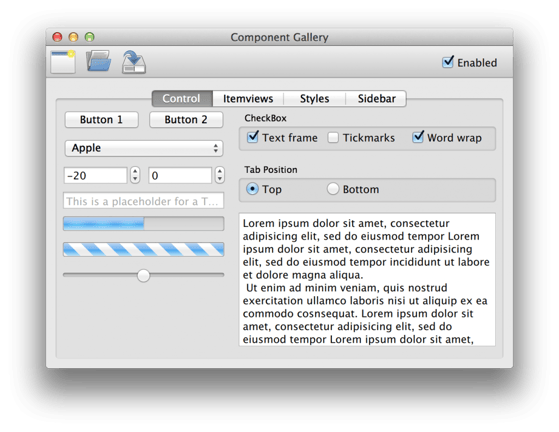 One exception is OpenGL shaders that run in device pixel space and see the full resolution. This is usually not a problem, the main thing to be aware of is that mouse coordinates are in device-independent pixels and may need to be converted to device pixels. 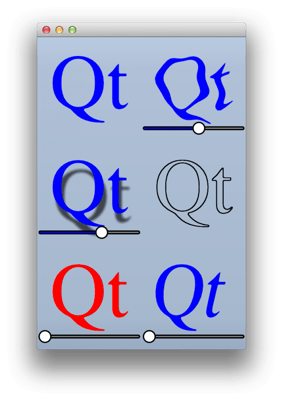 As we have seen, raster content won’t look nice when scaled and high-resolution content should be provided. As an app developer you have two options: (ignoring the "do-nothing" option)

The first option is convenient since there is only one version of each resource. However, you may find (or your designer will tell you) that resources like icons look best when created for a specific resolution. To facilitate this, Qt as adopted the “@2x” convention for image filenames:

High-resolution content can be provided side-by-side with the originals. The "@2x" version will be loaded automatically when needed by the QML Image element and QIcon:

QPA allows us to relatively easily make a cross-platform implementation. The Qt stack can be divided into three layers:

In reality the picture is a little bit more complicated, with some leakage between the layers and the special Mac and iOS exception that there is additional scaling on the platform.

Code is on github. Finally, screenshots of Qt Creator on XCB: 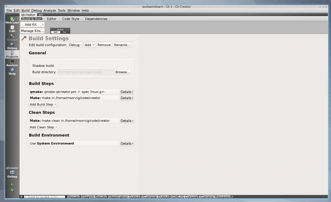 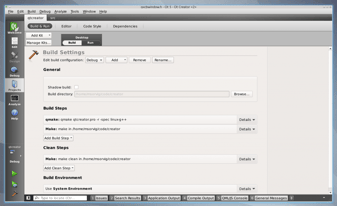 The Numbers: Performance benefits of the new Qt Quick Compiler