As many of you might have heard, we released Qt Creator's 3.1 beta version on March 4th. While a lot of new things were mentioned in the blog post here, we still have something more to tell you about. The first version of our new WinRT plugin is now up and running - and already available in Qt Creator 3.1 beta. While there are still things that do not work yet, it is a great start and a lot of functionality is already covered.

The main features that already work nicely are:


We are still working on integrating debugging support, so for now the "Debug" button is disabled.

In order to deploy and run the applications, the plugin uses two small tools called windeployqt and winrtrunner. These two applications are command line tools, so they can also be used manually, but having them integrated into Qt Creator greatly improves the developer experience.

The plugin is marked experimental for now and is thus disabled by default. To give it a shot, just go to "Help" -> "About Plugins..." and enable "WinRT" in "Device Support". In case you find bugs or have suggestions, please file issues in our bug tracker (using Qt Creator's "WinRT / Winphone Support" component), find us on #qt-winrt on Freenode or send a mail to the Qt development mailing list.

Support for WinRT comes with Qt 5.3, so you need to get the Qt 5.3 Alpha (or a later snapshot) to develop for WinRT. We'll be talking more about WinRT support in Qt during the coming weeks, so stay tuned! 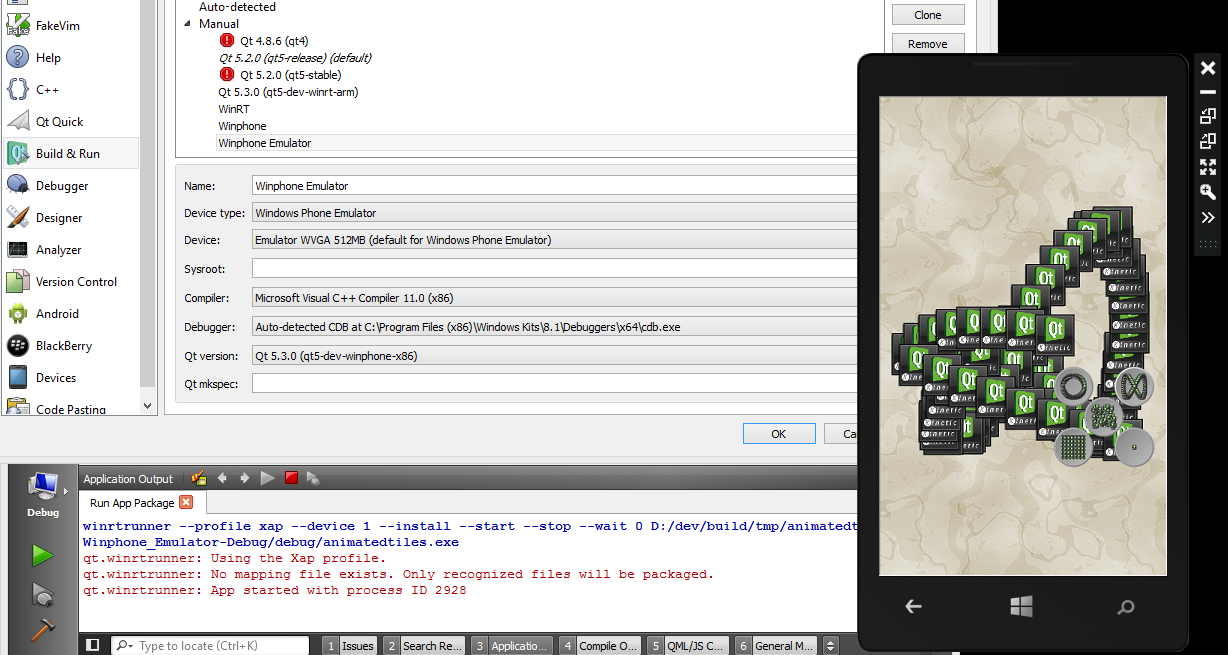