I’m very happy to announce that Qt 5.7 is now available. It’s been only 3 months since we released Qt 5.6, so one might expect a rather small release with Qt 5.7. But apart from the usual bug fixes and performance improvements, we have managed to add a whole bunch of new things to this release.

Before going into the content and all the cool new features, I should mention the changes to our licensing that have been implemented with Qt 5.7.

Qt has always been available as Free Software, and will continue to be so in the future. Qt is being developed as an open source project, The Qt Company is fully committed to this, and in addition, the agreement with the KDE Free Qt Foundation legally ensures this.

With Qt 5.7, we are slightly adjusting our licensing of the Open Source version to bring it more in line with the philosophy of the Free Software movement. From this version onwards, Qt will not be available under LGPL version 2.1 anymore. Instead, Qt will be licensed under two main licenses: LGPL version 3 (and GPL version 2) for all almost all frameworks and libraries, and GPL version 3 for our tools like e.g. Qt Creator. In addition, we’re open sourcing some formerly closed Qt add-ons and tools under GPL version 3.

Please check our our licensing pages or the licensing FAQ for all details around this. You can also have a look at my blog post from January where I announced this change.

The license change gives us a unique opportunity to unify our Qt for Application Development offering between the Open Source and Commercial versions. Starting with Qt 5.7, both packages come with exactly the same content.

This means that all the parts of Qt for Application Development that previously have been available only to commercial users are now available in the Open Source package as well.

This includes the following modules:

The only exception is the Qt Quick Compiler where we need some more time to finish the required changes to be able to support this feature in the Open Source Edition. 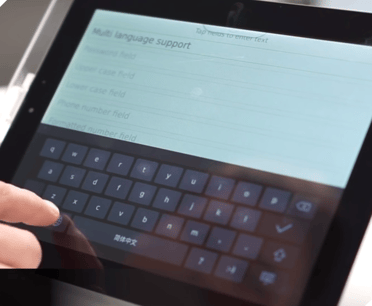 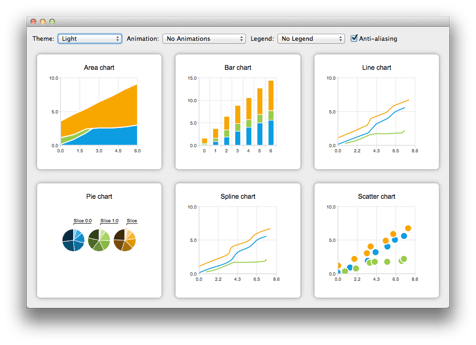 It has been possible to use a C++11 compliant compiler together with Qt (and thus use C++11 in your application) for many releases. But Qt itself didn’t make use of it except for some integration points in our API.

With Qt 5.6 being a long-term release that we will support for three years, we have taken the opportunity with Qt 5.7 to start modernizing our own code base. As one of the core strengths of Qt comes from it being a C++ framework, we want to follow the progress of modern C++ more closely.

Starting with Qt 5.7, we will require a C++11 compliant compiler to build and use Qt. This allows us to use many of the new features in Qt itself, and renew our codebase using features such as constexpr, move semantics, range-for and auto. These efforts are well under way and will continue throughout the next versions.

Apart from adding previously commercial-only modules to the Open Source version, we also have quite a bit of new content in Qt 5.7.

We want to provide you the tools to create the required WOW-effect to amaze your end users. Modern UIs in many areas require the integration of 3D graphics, or even creating the whole user experience in three dimensions. In past years we’ve been improving our developer offering to make it easier for you to add this dimension into your UIs. With Qt 5.7, we are bringing in the Qt 3D module. This module has been available as a Technology Preview for two releases now, and I’m happy to announce that it has now reached the state where it is becoming a fully supported member of the Qt family!

Qt 3D complements the 3D GUI offering of Qt consisting of integration to OpenGL, Qt Canvas 3D, and Qt Data Visualization modules. Qt 3D provides you with a 3D engine, that comes with both C++ and QML APIs. It makes it a lot easier to embed and handle 3D content within Qt Applications. In general, Qt 3D is much more than just a renderer, it serves as an extensible 3D framework for all kind of simulations. The architecture and most of the development on Qt 3D over the past years has been done by our partner KDAB, a huge thanks goes to them for their work. For a proper introduction, please see the guest blog post from Sean Harmer from KDAB.

Qt 5.7 also comes with a fully supported version of our new Qt Quick Controls, the library of QML-based UI controls. Qt Quick Controls 1 were targeted at the desktop, and came with all the bells and whistles required for desktop applications. This implied an overhead that often made them too slow for usage on embedded devices.

Qt Quick Controls 2 solve these issues. They have been built from the ground up with performance and memory consumption in mind. So while they are fully usable on the desktop, they have slightly more limited functionality and e.g. don’t come with native styling integration. But they are vastly faster, and use a lot less memory than the old controls, making them ideal for many embedded and mobile solutions. Qt Quick Controls 1 are still part of the offering and a suitable API for desktop development. For instance, the Qt Quick Layouts work nicely with both of the control sets.

Architecturally, Qt Quick Controls are based on templates that allow you to create your completely own set of controls ground-up. They also come with a flexible system that allows the rapid creation of custom styles and user experiences. In addition, the existing controls come with three predefined styles:

For a good overview, more details and a teaser video, please see the blog post from J-P Nurmi.

A lot of new functionality has been added to existing modules, and this blog can’t cover them all. Some of the highlights are:

For all the details, please have a look at our New Features page and the Changes file for Qt 5.7.

Also Qt for Device creation has received an update and does now ship with Qt 5.7. In this release, we added out of the box support for a set of new hardware:

Microsoft Windows is now a fully supported as a host platform for developing for embedded Linux. While Qt for Device Creation 5.7 does no longer support Windows Embedded, we now have full support for QNX, including pre-built binaries.

To read more about changes in Qt for Device Creation, please see the separate blog post.

Qt 5.7 ships with Qt Creator 4.0, more precisely with the new Qt Creator 4.0.2 version. Qt Creator 4.0 is a full development environment for all desktop, mobile and embedded development and now with version 4, we've especially emphasized the designer-developer workflow with the integration of Qt Quick Designer visual layout editor and the new Qt Quick Controls 2. Together, they provide a really nice way to rapidly create touch-based UIs for your embedded and mobile applications. Check out the separate video about the workflow from this blog post.

Qt Creator 4.0 also comes with a set of nice new features, such as Clang integration and extended QML profiler, please find the details from the Qt Creator 4.0 blog post. For the updates regarding Qt 4.0.2, please see the change files.

In addition, Qt 5.7 also adds a couple of new modules as Technology Previews.

The first one is the Qt Wayland Compositor. The module makes it very easy to create your own Wayland Compositor. This is especially useful for embedded devices that require multi process support. The module has existed as unsupported technology for some time, but has had issues in both the API and implementation. With Qt 5.7, we've invested a lot of time and effort to clean up implementation and stabilize the API. It now comes with a full QML API and an improved C++ API with a lot of convenience. We also added a convenience API to create Wayland extensions and use them from both QML and C++. You can read more about it from the blog post from Paul.

Qt Gamepad is another nice small addition. It makes it possible to ingrate gamepad support into both C++ and QML applications. It currently supports Windows, Linux, Android and iOS.

With Qt for Device Creation, we’re also introducing the first preview of Qt-based Over-the-Air (OTA) updates mechanism. For an overview of this crucial IoT-technology, please see the blog post from Gatis.

Finally, Qt 5.7 also includes a technology preview of the new Qt SerialBus module that allows you to use Qt APIs for device bus communications and protocols. It's a generic API, but with this version it includes implementations for CAN and Modbus.

Go and get it

Finally, I’d like to give my thanks to everybody who has helped create this release. Again, a special thanks goes to KDAB for its tremendous work on Qt 3D.

For an overview of the Qt 5.7, you can take a look at the release page, or for more details check the change files and known issues.

Enjoy the release and have a great, Qt-filled summer!

Add-on support in Qt 6.0 and beyond