The Qt Quick Controls 2 undoubtedly have a great look and feel out-of-the box. But if the available styles don't suit your needs, you can customize the look and feel by defining your desired style in QML.

However, we at Qt are wondering: what if you want to have your Qt Quick Controls 2 to be styled by a graphic designer? A designer certainly masters tools like Photoshop, Illustrator, SketchApp or similar, and may want to use these tools directly for that styling task without coding QML. Also according to Qt users' feedback, a repeatable workflow involving a design tool and automatic styling of the application would be very appreciated.

Plan to support image based styling

Qt will support such a workflow with an upcoming version of Qt. The effort can be split in two major tasks:

In order to try out how such envisioned workflow feels like and in order to get early feedback by Qt users, we implemented the following example project. An included Photoshop document can be used to define the style of a few Controls. The style images get exported by the Asset exporter and land in the resources of the example application. In order to be able to develop this example under Qt 5.8 and 5.9 which do not yet contain image based styling and Nine-patch images, the example includes its custom image style and assumes a fixed border size for the border images.
This means you can clone the example right now from the git repo or download the zipped sources.

We demonstrated the example at the Embedded World 2017 and got quite positive feedback from interested users. A film crew was also there and filmed me performing my demonstration.

The research implementation in pictures 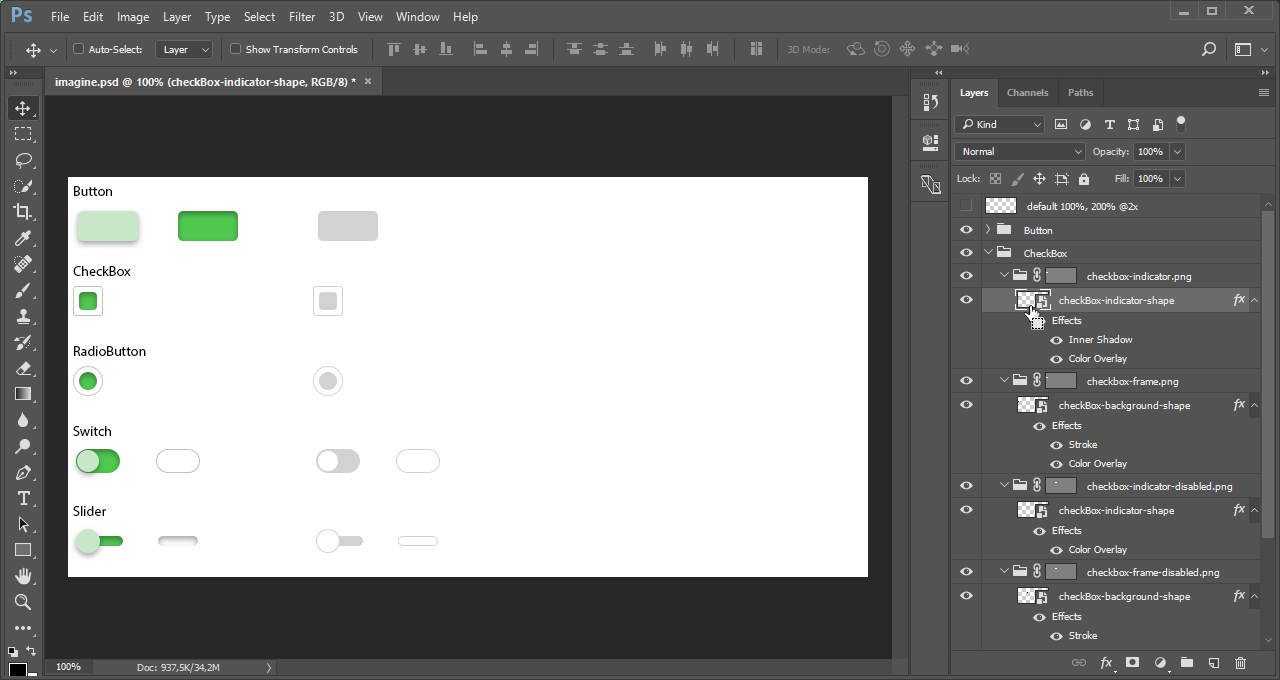 A designer can work with the provided style template and tweak it in order to meet the desired look.

The Qt Quick Designer tool in the Qt Creator IDE provides a preview of the style while the form is being edited.

The launched application (in this example on an embedded device) is using the style.

Items left to be researched...

What do you think of the plan? Please leave a comment below to let us know :) Thank you for reading.