One of my preferred developer tools is a web called Compiler Explorer. The tool itself is excellent and useful when trying to optimize your code.
The author of the tool describes it in the Github repository as:

Compiler Explorer is an interactive compiler. The left-hand pane shows editable C/C++/Rust/Go/D/Haskell code. The right, the assembly output of having compiled the code with a given compiler and settings. Multiple compilers are supported, and the UI layout is configurable (the Golden Layout library is used for this). There is also an ispc compiler for a C variant with extensions for SPMD.

The main problem I found with the tool is, it does not allow to write Qt code. I need to remove all the Qt includes, modify and remove a lot of code...

So I decided to modify the tool to be able to find the Qt headers. To do that first of all, we need to clone the source code:

The application is written using node.js, so make sure you have it installed before starting.

The next step is to modify the options line in etc/config/c++.defaults.properties:

you need to change /opt/qtbase_dev with your own Qt build path.

Then simply call make in the root folder, and the application starts running on port 10240 (by default). 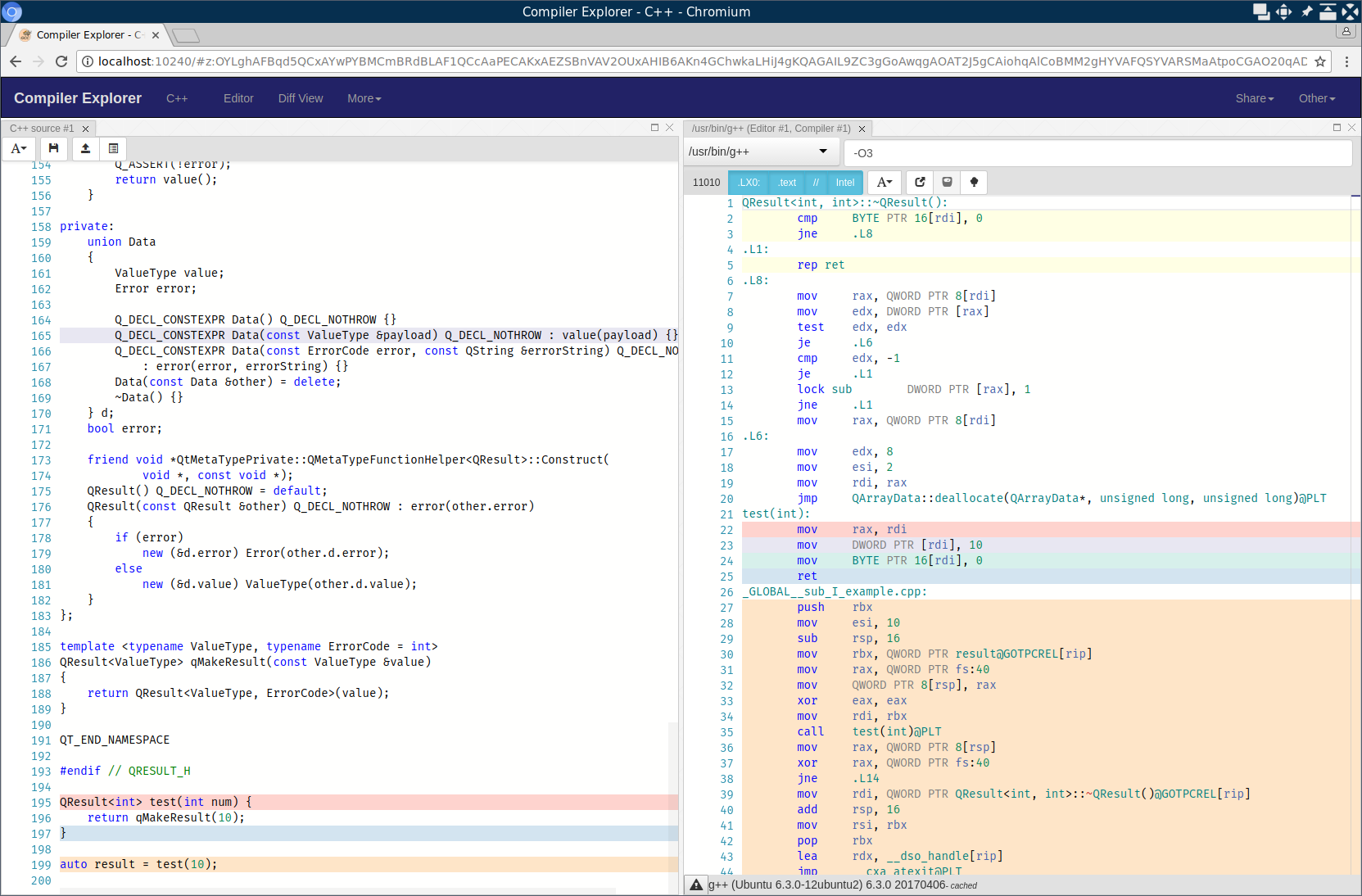 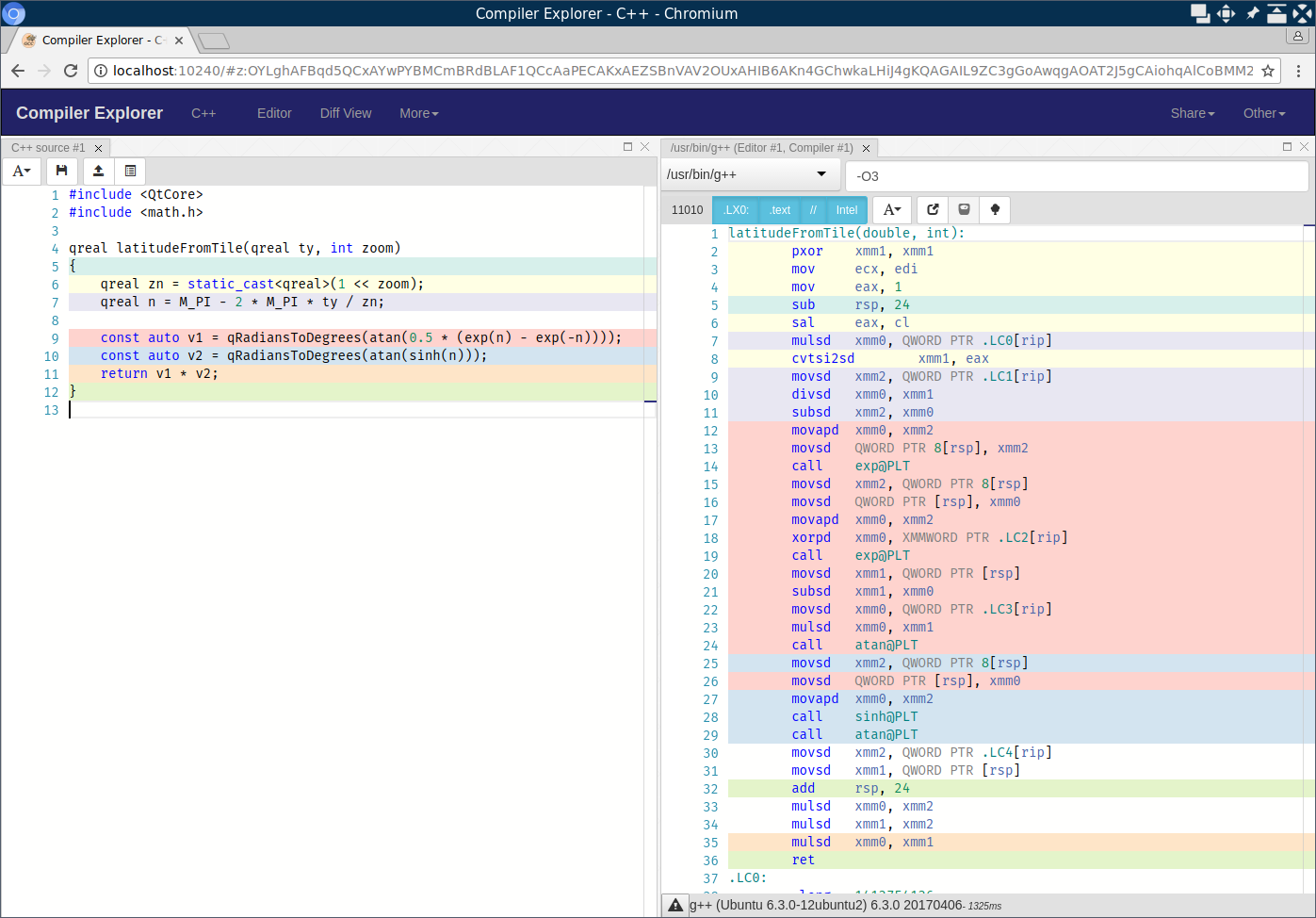