We have now released Qt Online installer and Maintenancetool version 3.0.5. Especially, the metadata download has been improved. Metadata is downloaded now in smaller chunks as in some devices the metadata download got completely stuck due to huge simultaneous download tasks. You see this in UI as external step counter above scrollbar. 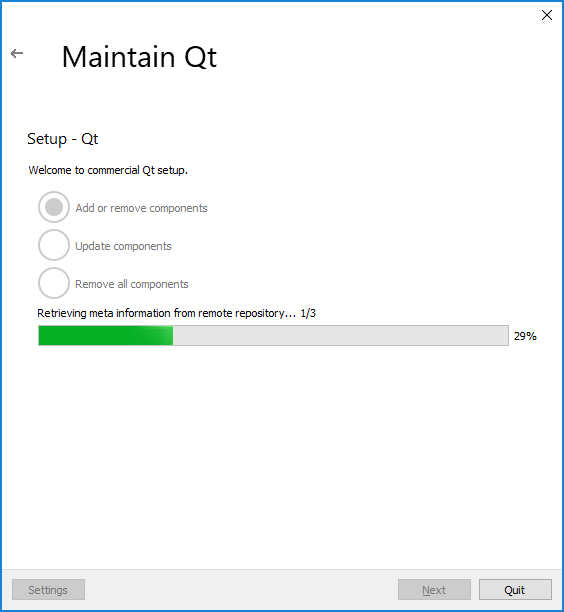 Another major improvement in metadata download is that we have managed to decrease the amount of metadata approximately 25%.
Currently we are implementing a feature that allows categorizing Qt releases and to show only selected categories in UI. User can decide which category is wanted to see in UI and only those items' metadata is downloaded making the metadata download part much faster. So improvements have been done and more is coming. Here is a hint what the category UI will look like. Note that the work is still ongoing and we are not going to see this yet in 3.0.5 release: