We are very happy to announce an updated version of the Qt Automotive Suite, a unified HMI toolchain and framework for digital cockpit, is now available.

In case you hear about this for the first time, Qt Automotive Suite was created together with KDAB and Luxoft to solve the key challenges in HMI creation for digital cockpits in automobiles. With combinations of world class tooling, automotive specific software components, and highly optimized software framework for embedded devices, we are solving those challenges and offering the world’s end-to-end HMI solution with a single technology.

In Qt Automotive Suite 5.11 we have a major upgrade for the 3D tooling, complete overhaul of our reference UI and improvements on automotive components. All of these are built on top of Qt 5.11 series, bringing the cutting edge of what Qt Automotive Suite offers.

With mere four months time between Automotive Suite 2.0 and 5.11 releases, we are very pleased to see more OEMs and Tier1s took interest, and quite a few of them adopted it for developing their next generation digital cockpit platforms. Once again proving that OEMs and Tier1s would like to consolidate into one technology for the entire digital cockpit HMI development.

So, what is in Qt Automotive Suite 5.11? The most visible part of the new release is the new reference UI. The reference UI is not a showcase for the capabilities but actually a starting point for iterative development either in the UI or underlying functionality. 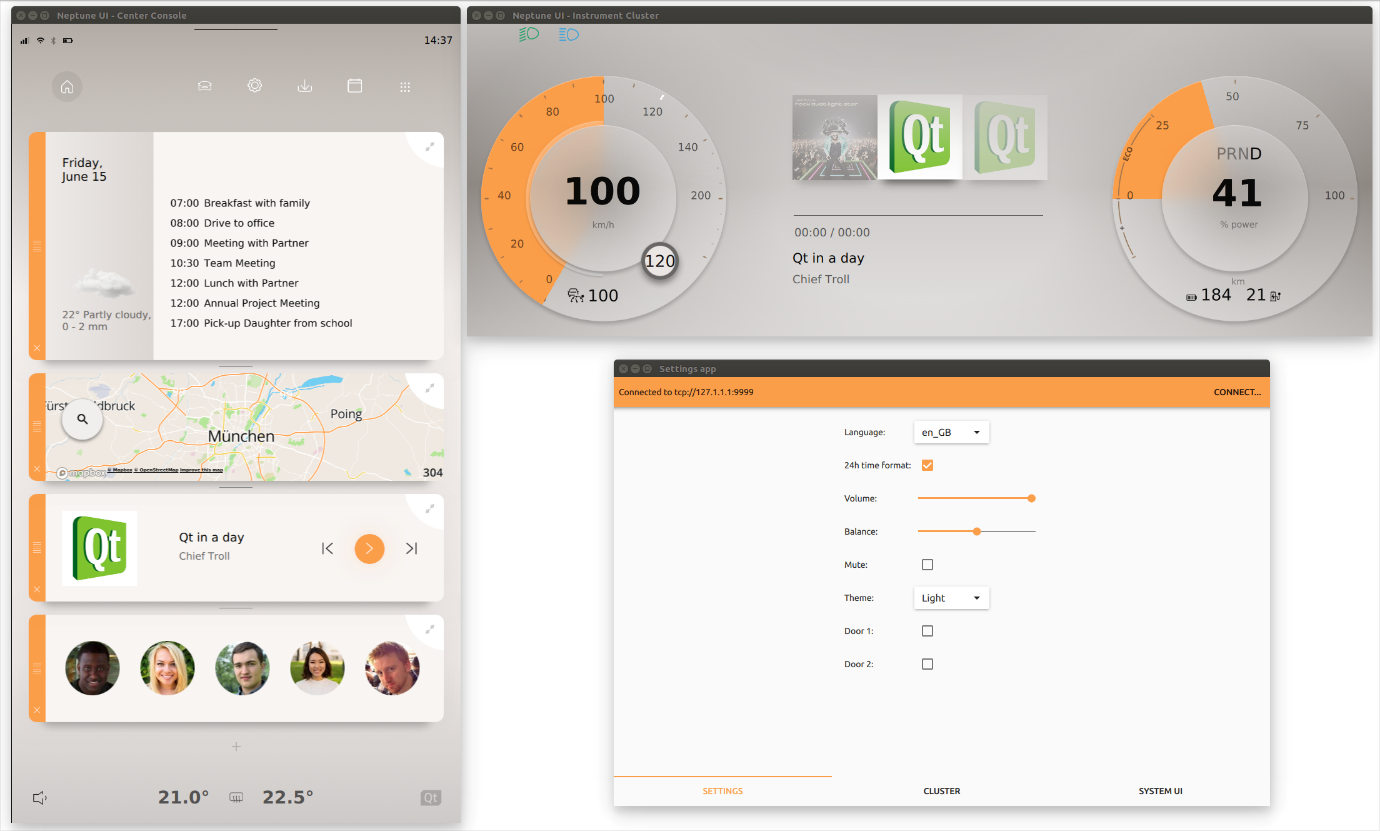 Qt Automotive Suite 5.11 comes with a major overhaul of Neptune Reference UI and a new User Experience design. There are now three parts in this Reference UI: an instrument cluster, an IVI, and a mobile app for remote control. It forms the minimum building blocks for the digital cockpit HMI where the instrument cluster is for the driver, in-vehicle infotainment is for the driver or passenger, and a mobile app that the driver or passenger can custom their favorite settings remotely. 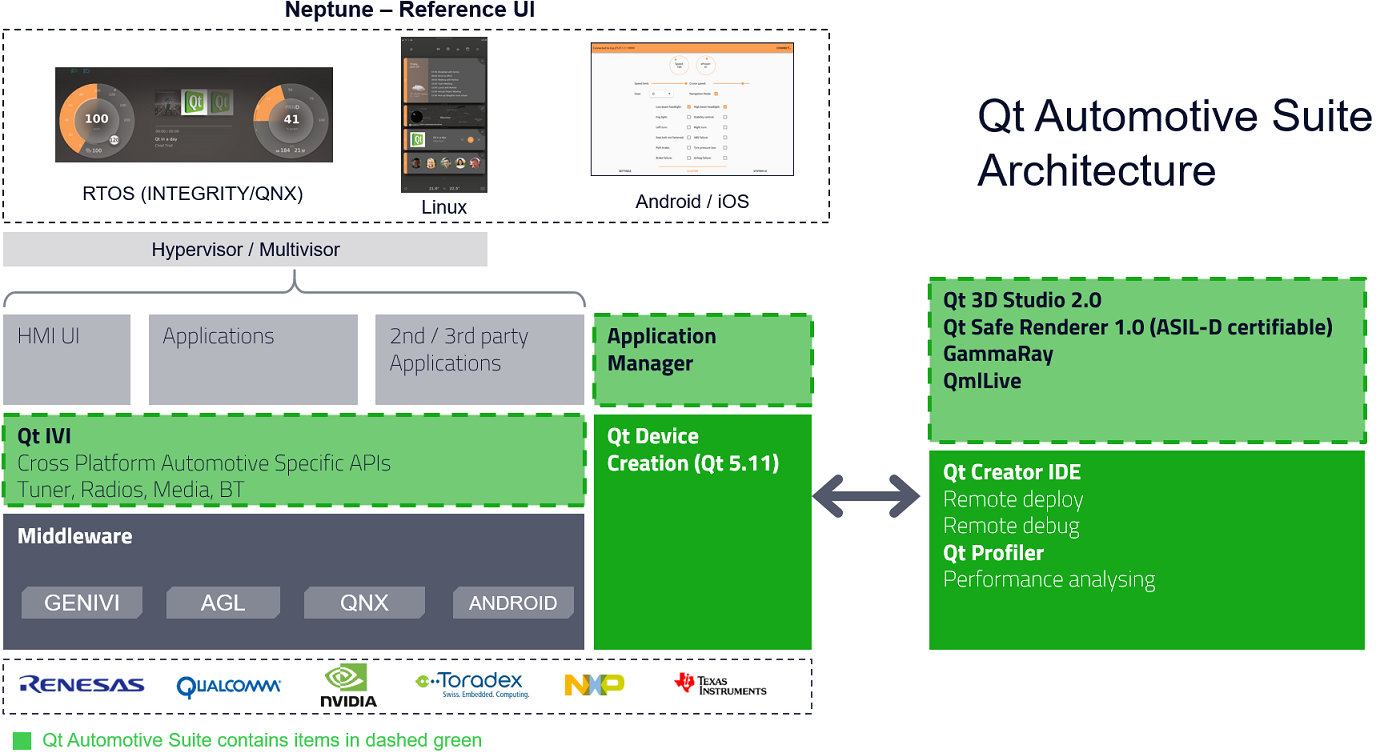 In summary, the above diagram reflects our vision to provide easy-to-use tools that free designers and software engineers to rapidly create superior digital cockpits.

We believe a truly unified HMI toolchain and framework should also ship with advanced UI authoring tool for the designers. With 3D becoming a more significant part of the HMI we saw the need for a design tool that facilitates rapid 3D UI/UX concepting and design. With Qt 3D Studio 2.0, we have now all new 3D rendering engine and a great number of improvement on the usability and features. Have a read at Qt 3D Studio 2.0 blog.

Functional safety is a critical path that our customers must cross. Qt Automotive Suite 5.11 includes the Qt Safe Renderer, which is now certified by ISO 26262 part 6 up to ASIL-D specification. If you missed the announcement, be sure to check out here.

Qt Application Manager brings a modern multi-process GUI architecture to the IVI. By separating the HMI into different functional units (for example, HVAC could be one unit while Navigation could be another), Qt Application Manager enables independent teams to develop and test both separately and simultaneously, thereby reducing project risk and shortening development time. In addition, splitting the UI into smaller applications also makes it easier to do system updates; smaller pieces of code are touched, and the OTA updates are smaller. To learn about Qt Application Manager, check out the documentation at: https://doc.qt.io/QtApplicationManager/index.html

To tackle reusability, QtIVI brings a level of standardization within the Qt ecosystem for how to access and extend automotive-specific APIs. The applications developed in one generation of a program can be reused on the next, even if the underlying platform is different. This is particularly important as OEMs are increasingly taking control of the car HMI development, reducing duplication of work means significant cost saving and more focus on brand UX differentiation. Qt Automotive Suite is designed to integrate well with industry’s leading initiatives such as GENIVI and AGL, further increasing the reusability on the platform level for the entire industry. More detail can be found here.

Without exception, we continuously improve our documentation. Qt Automotive Suite 5.11 comes with more comprehensive documentation and examples for most of development needs.

With Qt Automotive Suite 5.11, we have further strengthened our offering for the truly end-to-end solution for the digital cockpit HMI development. We brought in all new Qt 3D Studio 2.0 with many of the needed changes for automotive HMI designers, we added the fully certified Qt Safe Renderer for addressing the functional safety. We revamped the Neptune Reference UI that provides modern reference to digital cockpit design, and showcased how easy is to build digital cockpit with Qt Automotive Suit. We made significant number of improvements on all our software components. Finally, many thanks for the feedback especially from our customers and prospects. 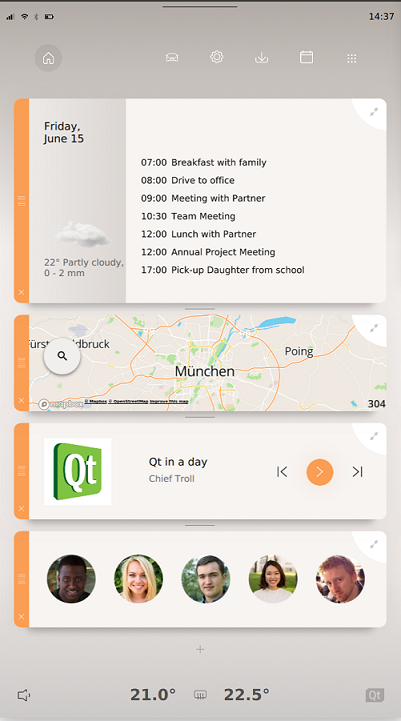 As depicted by the figure above, we now introduced a new concept of “App Widgets” shown on the System UI, while each app widget runs in its own process implemented in Qt Application Manager. User can freely move each app up and down, open or close the app. When you resize the app window, the app will automatically display the right content based on window size, thus addressing the popular trend called Response UI.

We have added theming and accent color to the IVI settings, so a user can select dark and light theme with multiple accent colors, thus provides reference to how Qt Automotive Suite enables theming capability. 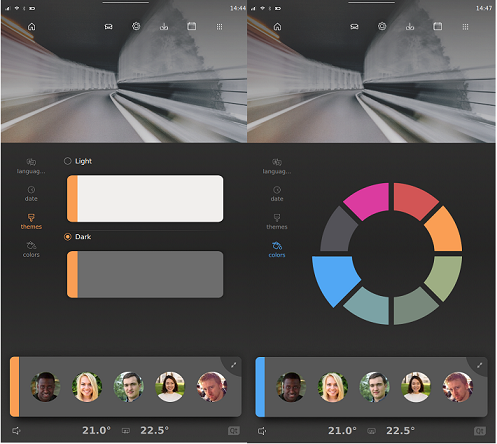 For navigation and mapping, we now leverage the Qt Location Mapbox GL Plugin, which provides the Mapbox mapping and styling by following Neptune UI theme and styles.

The Vehicle application now contains an interactive 3D car model and adds controls visualizing user actions via manipulations of 3D objects via QML API. All this is completely based on Qt3D and so demonstrates that no additional software is required to visualize 3D objects in automotive use cases. 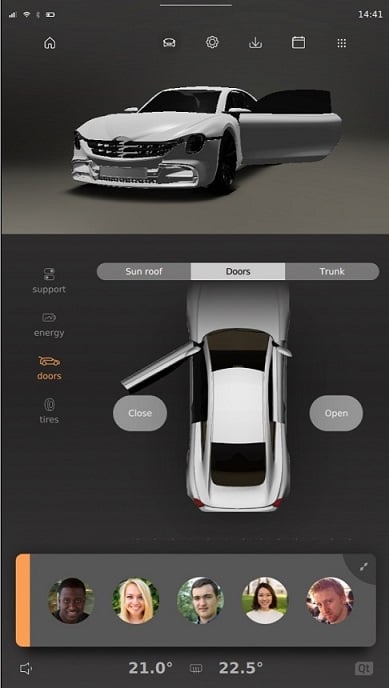 Figure 7. instrument cluster gets the Mapbox view shared by IVI

To cater the need for inter-process and inter-domain communication, we implemented a new Remote Settings Server based on Qt Remote Objects, which can serve multiple clients running on the same host or remote instances. For example, our new mobile app called “NeptuneControlApp” is capable of running on a mobile device. The app can communicate to the Remote Settings Server, and a user can, for instance, change the language of the digital cockpit as well as many other settings that are accessible. Perhaps the best part of the app is that it shares the auto-generated code base with Neptune UI and the Setting Server, thus matching to exposed setting options without manual work. 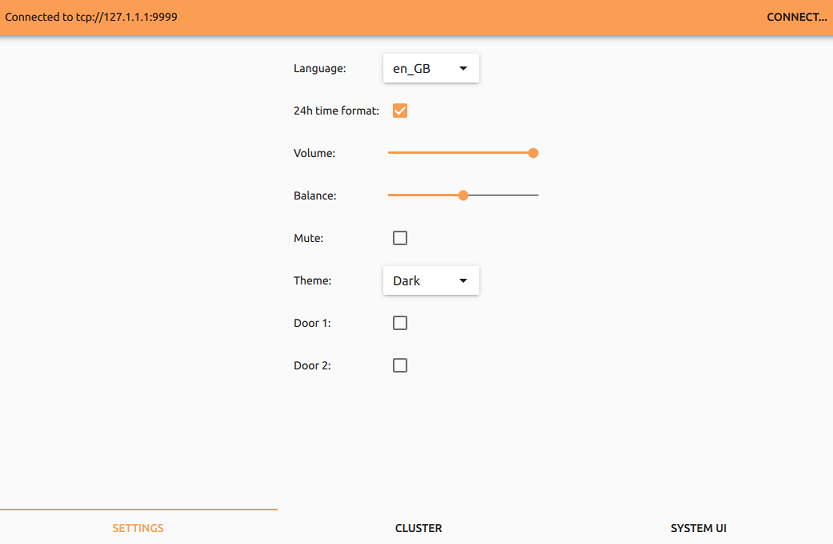 Check out the documentation at: https://doc.qt.io/Neptune3UI/index.html.

What can the automotive industry learn from video games?