We are happy to announce the release of Qt Design Studio 1.1 Beta!

Since the Qt Design Studio 1.0 release last year we have been working on bug fixes and added new features.
The most notable addition to Qt Design Studio 1.1 is the availability of Linux packages and merging when using the Qt Photoshop Bridge.

On macOS Mojave the dark theme is now supported since Qt Design Studio 1.1 is based on Qt 5.12.1.

Besides many bug fixes and usability improvements we improved the Qt Design Studio documentation and documented our examples. 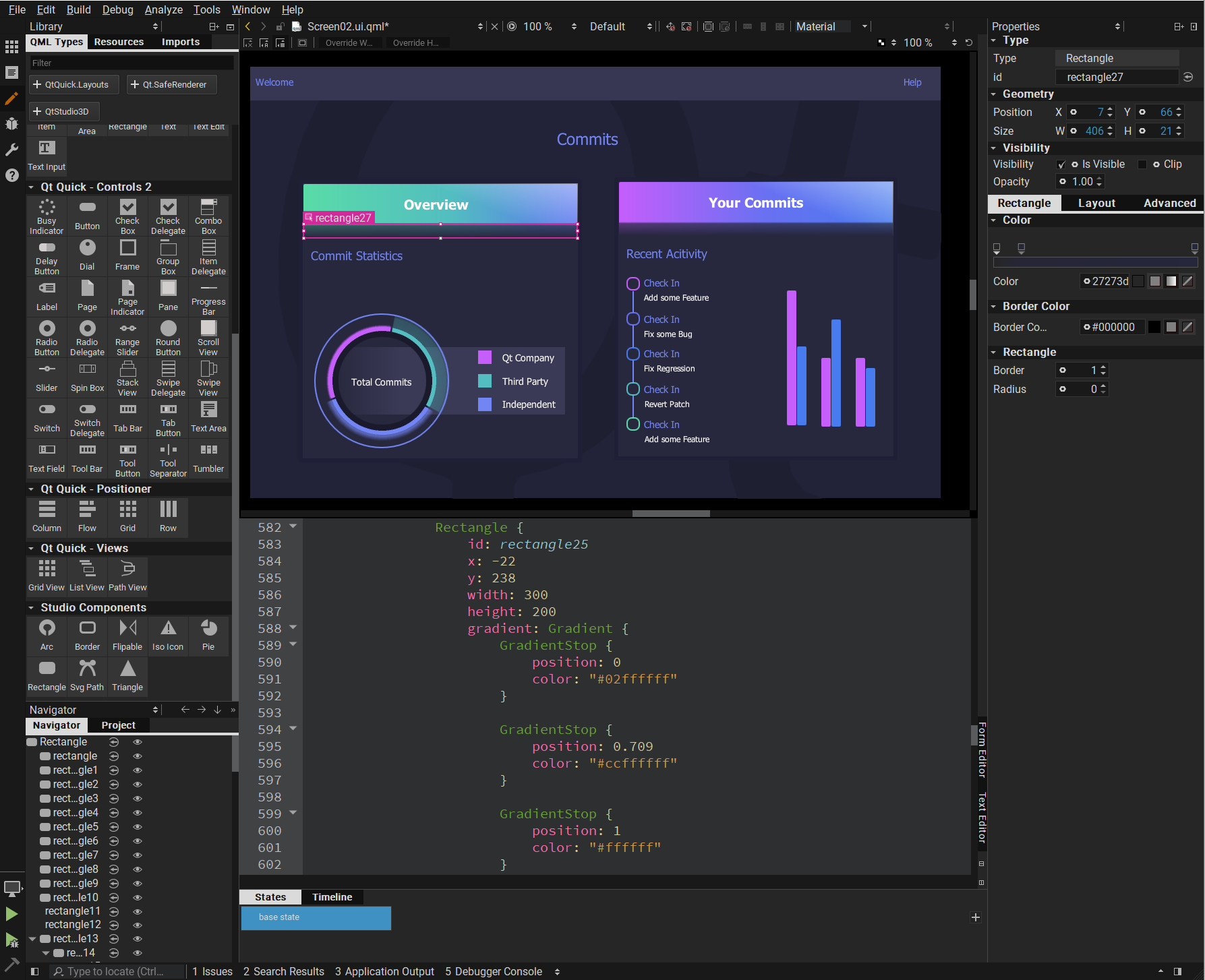 When re-importing from Photoshop to an existing Qt Design Studio project it is now possible to merge the existing QML files with the newly re-imported QML. This is very useful when the user made changes to the exported .ui.qml files using Design Studio.
Added States, Timelines, MouseAreas or Connections can now be preserved when reimporting from Photoshop and generating the .ui.qml files.

To learn more about the improvements and fixes in Qt Design Studio 1.1, you can check out the change log.

If you want to learn more about Qt Design Studio, in general, please check out the  Qt Design Tools webpage.

When zooming the Qt Live Preview on Windows animations accelerate. This is related to QTBUG-59660. The workaround is to set QSG_RENDER_LOOP=basic in the run environment of Qt Design Studio. This issue will be fixed in Qt 5.12.2.

The commercially licensed packages are available on the Qt Account Portal. You can try out and evaluate Qt Design Studio by registering for an evaluation licence.

Please post issues you find in our bug tracker.