Today we announce the launch of Qt for MCUs - a comprehensive toolkit to deliver smartphone-like user experience on displays powered by microcontrollers. What started as a research project is now in the final leg of its journey to being released as a product.

Connected devices found in vehicles, wearables, smart home, industrial and healthcare often have requirements that include real-time processing capabilities, low power consumption, instant boot time and low bill of materials. These requirements can be fulfilled by a microcontroller architecture. However, as devices get smarter and offer more features and capabilities, users expect an enhanced and intuitive experience on par with today’s smartphones. Qt for MCUs delivers an immersive and enriching user interface by utilizing a new runtime specifically developed for ARM Cortex-M microcontrollers and leveraging on-chip 2D graphics accelerators such as PxP on NXP's i.MX RT series, Chrom-Art Accelerator on STM32 series and RGL on Renesas RH850.

Qt for MCUs makes use of Qt Quick for creating user interfaces with QML and C++ APIs for extending the user interface with C++ code. As Qt Quick applications follow the model-view architecture, you can easily integrate your C/C++ based backend. This speeds up porting of an existing application to Qt for MCUs, with more time to focus on enriching the user interface. An application on Qt for MCUs is rendered using the new runtime that delivers high performance with low memory consumption. This is achieved by a new translation of QML to C++, combined with a new declarative property binding engine. In addition, the new runtime allows applications to run directly on the processor without an operating system, commonly known as 'running on bare metal'. Applications can also be deployed on more powerful devices running operating systems such as Linux, Windows, etc. using the standard Qt libraries.

Along with examples and technical documentation, a set of Qt Quick Controls is provided with Qt for MCUs to jumpstart your development. Designing and developing applications is fairly straight-forward with Qt’s design and development tools - Qt Design Studio and Qt Creator. Current users of Qt can continue using their existing workflows to develop applications for microcontrollers. With over a million users of Qt, there is always a Qt developer nearby and so is our services team with local offices around the world.

Curious? Download Qt for MCUs demo binaries and try them out.

Want to evaluate Qt for MCUs? Sign up for the evaluation package for an early preview.

Have questions? Register for the webinar and ask us during the live Q&A session. 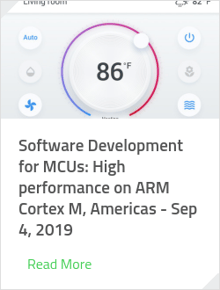 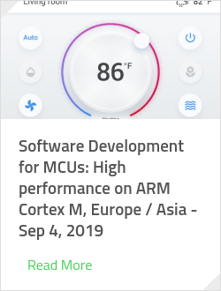