As announced earlier, we have released Qt Creator 4.14 this week. While a full change log is available, I think it's worthwhile to take a closer look specifically at some of the improvements to our C++ support.

When collecting usages of a variable via the "Find References to Symbol" action, one is often interested in the type of usage, for instance whether the variable is read or written. This information is now much easier to spot at first glance, because we analyze the context of each usage and use different colors in the search result window  depending on the type of access. As usual, the colors can be customized in the text editor settings. 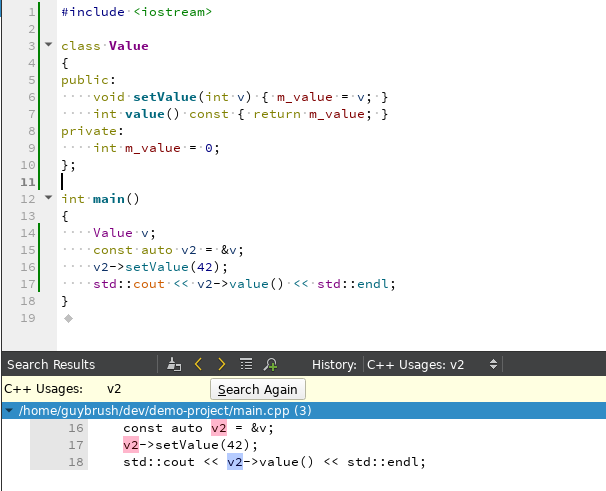 Qt Creator 4.14 brings back the possibility to let the clang-tidy and clazy tools run automatically on the current document. This feature had already been present in earlier versions, but caused unwanted side effects and therefore got removed at some point. It is now back with an improved back-end that does not slow down the code model anymore. Of course, it is still possible to explicitly invoke the analyzers for the whole project (or selected parts thereof) via the "Debug" pane.

Qt Creator 4.14 comes with noticeably better C++ support, due to a number of useful new features and fewer bugs. Upgrade now for  an improved developer experience.