We are happy to announce the release of Qt Design Studio 3.4.

Qt Design Studio is a UI design and development tool that enables designers and developers to rapidly prototype and develop complex UIs. Qt Design Studio outputs a functional user interface as code so developers can use it as-is, making integration and cooperation a breeze. To get an impression you should watch this video. 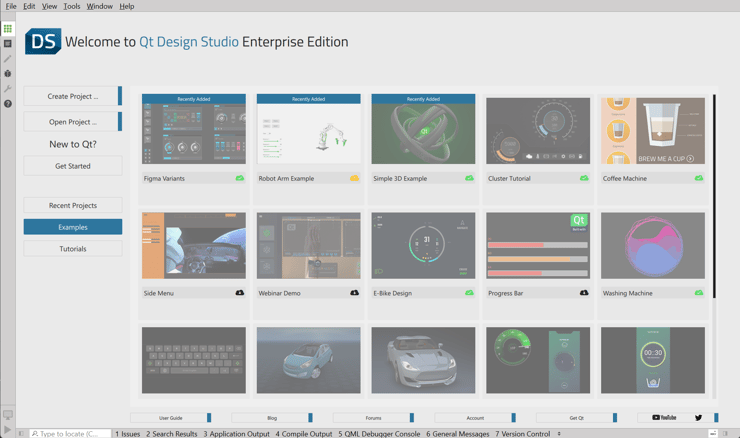 Qt Design Studio 3.4 comes with new examples for Qt Quick 3D. The Robot Arm example and the Simple 3D example. The Robot Arm example shows how 2D elements can nicely control 3D elements like the robot arm. Furthermore it shows how to integrate a C++ backend and mock it up using QML for Qt Design Studio. The Simple 3D example contains a simple 3D scene with animations, to showcase the 3D import capabilities.

We also added a complex Figma example that showcases how to build and import a scene in Figma using Figma variants. The example also includes the original .fig file from Figma. This is a great example of how to structure a Figma project so that the generated QML code has also the best possible structure. Qt Design Studio 3.4 now supports Figma constraints and generates QML anchors, to create responsive UI designs. 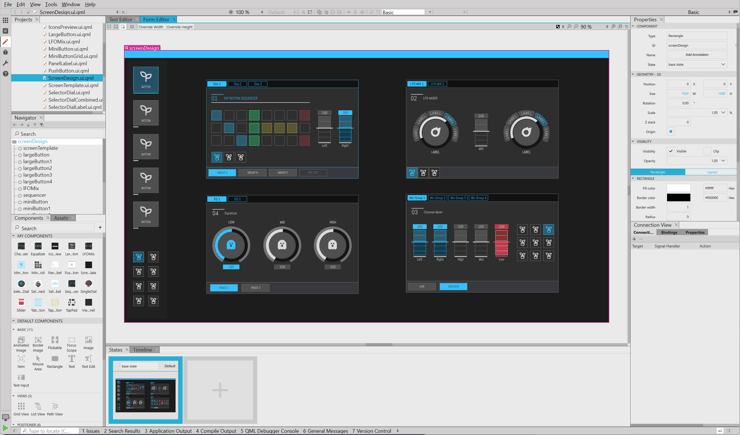 Qt Design Studio 3.4 also contains multiple bug fixes and UX improvements. For example, it is now possible to set the main QML file of qmlproject in the UI of the project manager. You can also set a main .ui.qml file for a project. This file opens by default when you open the project.

As with the previous versions, Qt Design Studio 3.4 is also available as a free Community Edition that is part of the online installer. The Community and Professional Editions lack Photoshop, Sketch, Figma, and Adobe XD bridges, that are included in the Enterprise Edition and also the Simulink integration and multi-language editor support.

The welcome page of Qt Design Studio contains examples and links to video tutorials to help you get started.

Please post issues you find or suggestions you have in our bug tracker.