Qt Installer Framework (IFW) 4.1 has been released today. We have also released Qt Online Installer 4.1 and Qt Maintenance Tool 4.1, which now use the new IFW.

There are several new features and improvements:

Look at ChangeLog for all the details.

For example, an offline installer for Qt 5.15.2 can be created easily with the following command.

The palette colours have been updated to improve the text readability, keyboard focus and mouse hover indication. The updated palette is less bright, so the contrast between the dark background and texts is not such large. This also makes texts easier to read.

There have been issues with the image scaling with high-DPI. The Qt logo and product images support high-DPI scaling, making the UI appearance much better.

The license list and license details in the LicenseAgreementPage are now re-sizeable by the user, which improves the readability of the license text. 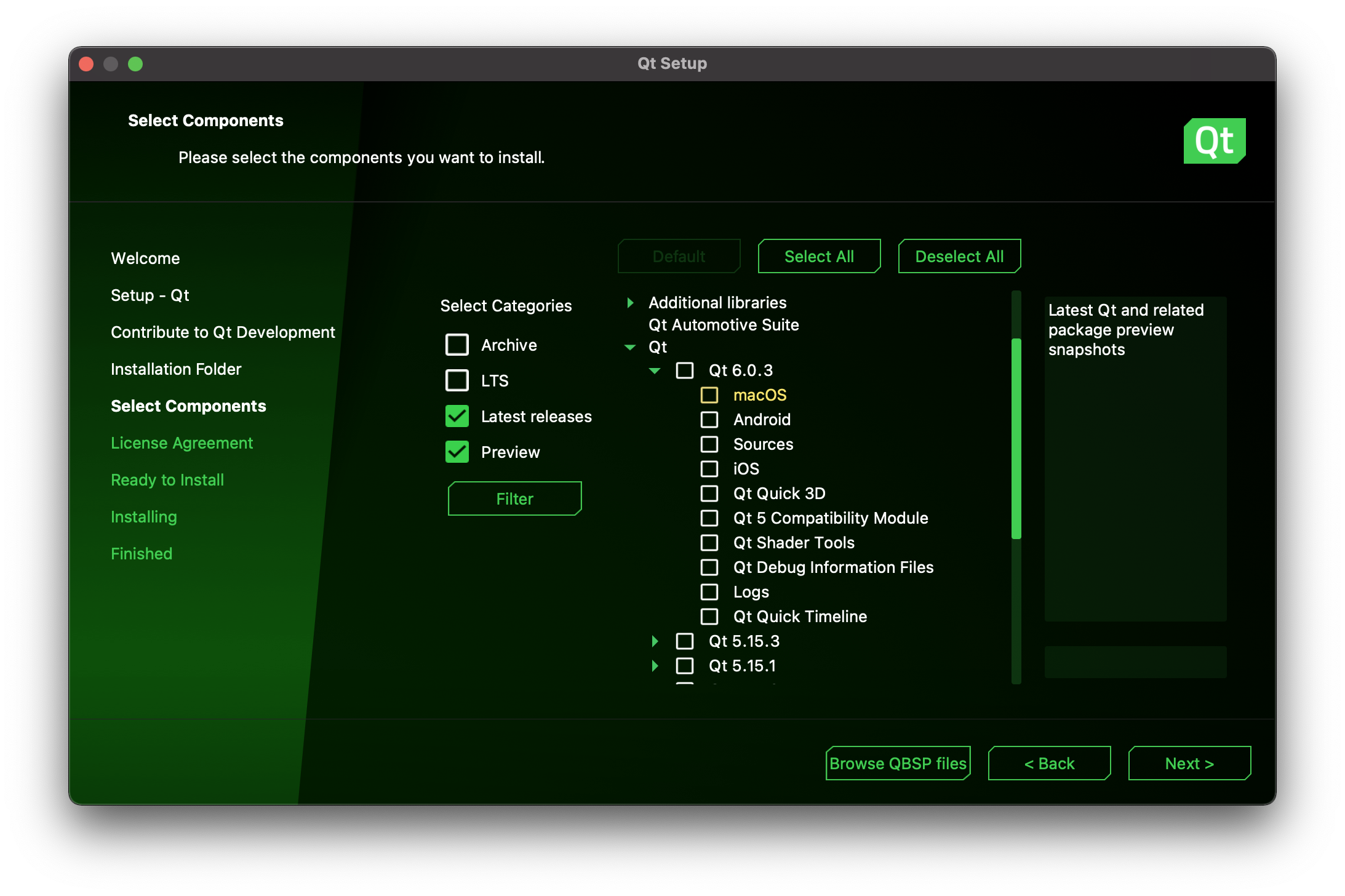 Where to get the IFW and the installer?

Precompiled binaries for the Installer Framework can be downloaded from Qt Online Installer, sources and binaries can be found also in Qt Download page (open source) or in Qt Account for commercial users. The latest documentation can also be found online.