We are happy to announce that Qt Installer Framework offline installer and Qt Online Installer 4.2.0 beta have been released today.

There are plenty of improvements, requested by installer users in this release.

The archive handling capabilities of the Qt Installer Framework have been improved. The included tools archivegen, binarycreator, and repogen now support creating data archives in zip, tar.gz, tar.bz2, and tar.xz formats, complementing the already available 7z archive support. Consequently installers created using the framework support extracting the above file types. In addition to the new formats, user can now select the level of compression for the archives to be created. Assembling an installer utilizing both features would look something like this:

For more information, refer to the tools documentation. 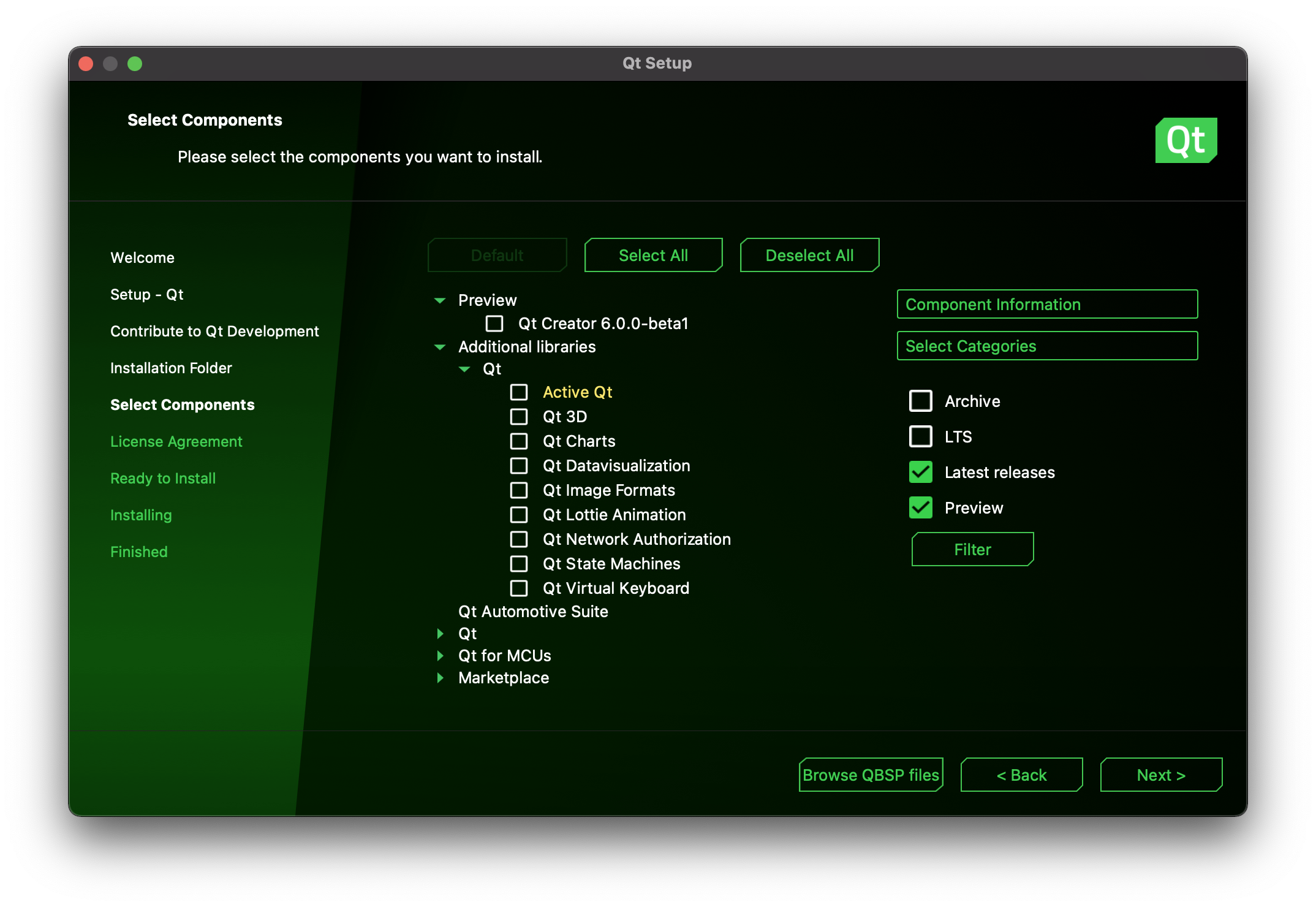 The installer UI strings have been translated to nine most commonly used languages in addition to the default English language. Qt Installer supports these nine languages only, as it has some Qt Company -specific strings. More languages are available in the installer framework.

Note that in the beta release, the translation validation for Korean and Chinese is still in-progess.

There are plenty of other improvements as well, e.g.

The complete list of changes is available in Changelog.

Thanks to everyone, who has contributed the release.