QtQuick3D introduces support for instanced rendering in Qt 6.1. This is a feature of the graphics processor (GPU) that can dramatically improve performance. Instanced rendering makes it possible to render a large number of items with a single draw call. (For those familiar with low-level OpenGL, the function glDrawElementsInstanced is one example.)

Using this new instancing feature on my development machine, QtQuick3D can render one million cubes at 60 frames per second (FPS), using only 2% CPU time. The same scene recreated with the API in Qt 6.0, using Repeater3D to generate cubes, starts to struggle at ten thousand cubes: only managing 42 FPS and using 100% of the CPU.

Here is the source code for the simple example shown above, creating a scene that shows 20 000 metallic doughnut shapes with random position, color, and rotation:

The main principle of the instancing API is that it is explicit. It does not try to autodetect opportunities for instancing within the existing API.

The starting point is the Instancing object: a table that defines how each copy is rendered. The modifications are transformation (position, rotation, and scale); color (blended with the model’s material); and custom data that can be used with custom materials. In 6.1 there are two ready-made QML types:

Other kinds of instance tables can easily be defined using the C++ API. We will add additional QML instancing tables in future releases. Possibilities include tables defined by data models, and tables read from external sources.

Once the table is defined, it is then applied to a Model by setting its instancing property. A single table can be used with several different models at the same time.

By writing custom shader code, it is possible to use instancing to control additional properties, such as variables for physics based rendering, skeletal animation weights, distortion, or anything else that can be expressed with custom materials. Currently the custom data in the instancing table is limited to four floating point numbers.

The custominstancing example in Qt 6.1 uses custom materials and an instance table implemented in C++ to draw a complex scene consisting solely of one single cube repeated multiple times: 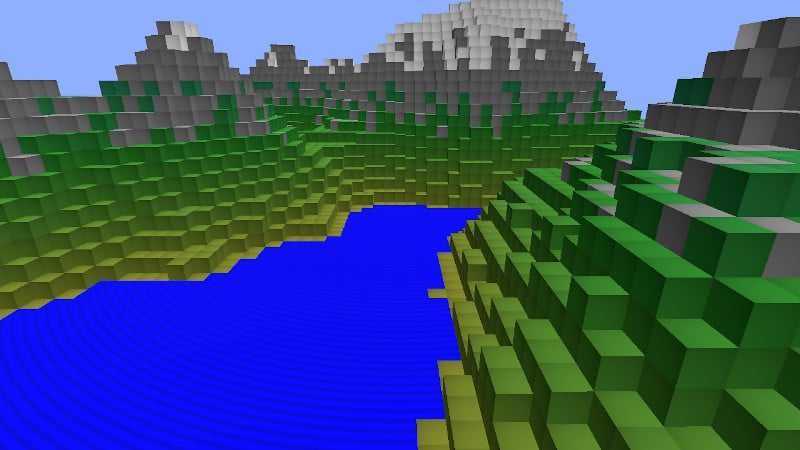 Who wouldn’t like 100 times better performance? Should we instance all the things? Instancing is not a silver bullet, of course, and it will not always be the right tool for the job. Here are some considerations:

Instancing is in tech preview in Qt 6.1 and will be fully supported in Qt 6.2. We are not planning major changes to the API, but there could be minor modifications based on your feedback. Binary compatibility will probably not be preserved: The part that is most likely to change is that currently the binary layout of the GPU instancing table is reflected in the public C++ API.
If you are considering using instanced rendering with Qt 6.2, now is the perfect time to start. Your code will need at most very minor modifications, and your feedback helps us shape Qt 6.2 so it even better supports your use case. 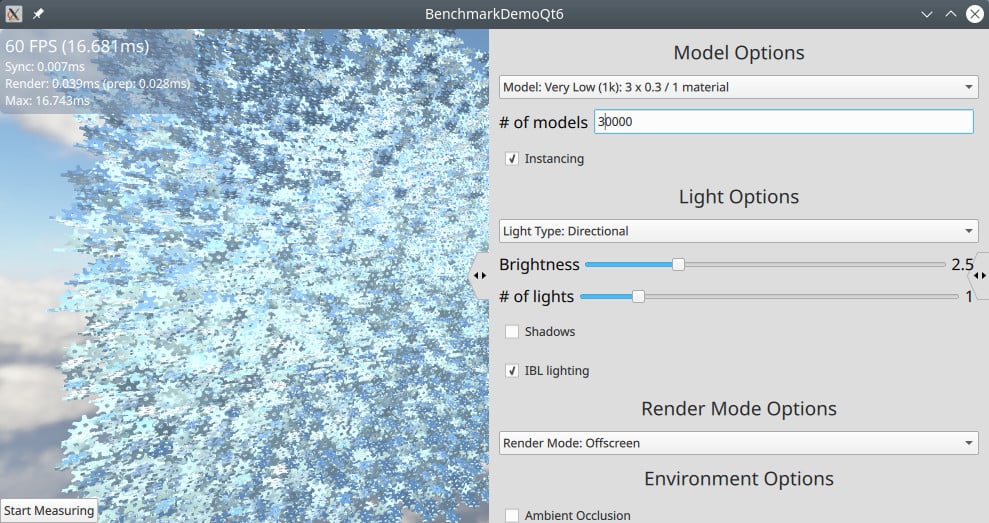