The mobile application business is booming. The number of downloads, time, and money spent shows the most considerable numbers ever. To be exact, 230 billion downloads, 3.8 trillion hours, and $170 billion spent. When more people spend more time and money, the time to market becomes a critical factor for application developers and publishers. There is also more competition which grants a huge advantage to first movers.

Mobile has been a de-facto device for the majority of the people worldwide to consume digital content already for years and doesn’t seem to run out of steam. Daily average usage has grown 30% since 2019 in the top 10 global markets. People spend on average 4.8 hours per day in front of their devices, totaling a whopping 3.8 trillion hours. 7 out of 10 of these hours were spent in social media, communication, photo, and video applications.

The biggest single winner in 2021 was TikTok which netted 75% YoY growth. Other top 5 social applications came from the Meta Company product family, which is pretty astounding as well. Mainly older generations are sticking to applications they already know when younger users, mainly the Gen Z, are willing to try out new applications. This puts pressure on application publishers that they need to rapidly respond to new market trends and cater to the needs of existing users at the same time. Development cycles are becoming ever faster, and users are voting with their feet if they don’t get what they want. 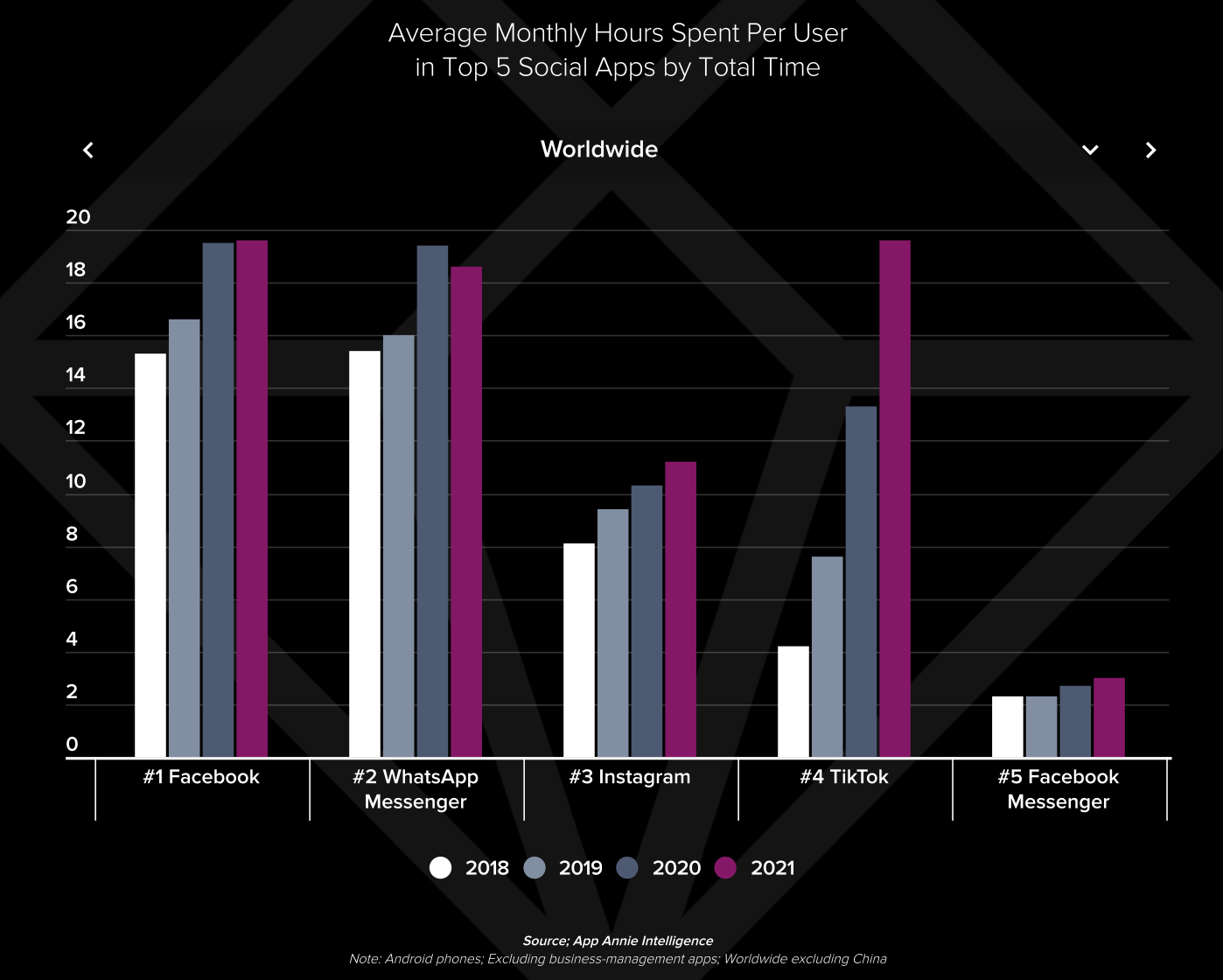 Mobile as primary development target platform, also known as mobile-first approach, is the major trend for most application publishers. Publishers released over 2 million new applications during 2021 only. The enormity of that number can be understood when we compare it to the total number of 21 million applications ever published in Apple’s AppStore and Google’s Play store. Both app stores grow steadily, but Google has the upper hand with 77% of all new releases.

Users were also willing to pay for their apps as the total spend was $170 billion. 233 apps generated over $100 million in revenue and 13 apps over $1 billion. Subscriptions and in-app purchases have become the most popular pricing models but advertisement is the dominant monetizing model. Mobile advertising spent was $259 billion in 2021 with an amazing 23% YoY growth. Growing user and advertising spending is great news for publishers. Publishers can monetize their work according to target user groups and leverage several monetizing models. As long as they get to markets in time…

The mobile application market saw a great year in 2021, and there are no signs of stalling for 2022. The global pandemic seems to ease finally, and there are a lot of positive signals. Time to market is more critical than ever for application publishers to gain their growth share. Faster time to market requires more rapid iterations, tighter feedback loops, and faster testing. In other words, faster designer-developer workflow. This is where Qt can help all the application developers and publishers make a difference and get their share of the growth.

Figures and pictures from App Annie.

Qt for Android Automotive 6.3.2 is released