In order to build a Qt Creator plugin you need:

Not many plugin developers know that Qt Creator is shipping an SDK. You don't need to compile Qt Creator in order to develop a Qt Creator plugin. Also having access to all three platforms (Windows, Linux, macOS) is not a common thing for most C++ developers.

GitHub Actions is a CI/CD infrastructure provided by GitHub which would give access to all three platforms!
GitHub is also hosting a few Qt Creator plugin repositories, so I decided to try to build the Doxygen plugin (my fork with the GitHub Actions script).

Qt SDK is not part of the software installed on the runners. This is not a problem since we want to build with the same Qt version that Qt Creator itself was build.

One can build a platform at a time, or multiple in parallel (matrix mode)

Since GitHub is providing the virtual machines and the C++ compilers one just has to obtain Qt and Qt Creator SDKs and then just "compile".

In order to download files, to extract them, and to start compilation I decided to use a scripting language that is installed on all three of them: CMake (in scripting mode via -P command line argument).

I downloaded the Qt SDK and Qt Creator Binaries, Sources, SDK from download.qt.io.

In order to configure the plugin, one just needs to run

Building is as easy as running make -j <number-of-cores> or jom.

At the end we will have a shared library (.dll, .so, .dynlib), which will be distributed to the users.

On git push the plugin will be built and the artifacts stored on every build. This looks like this: 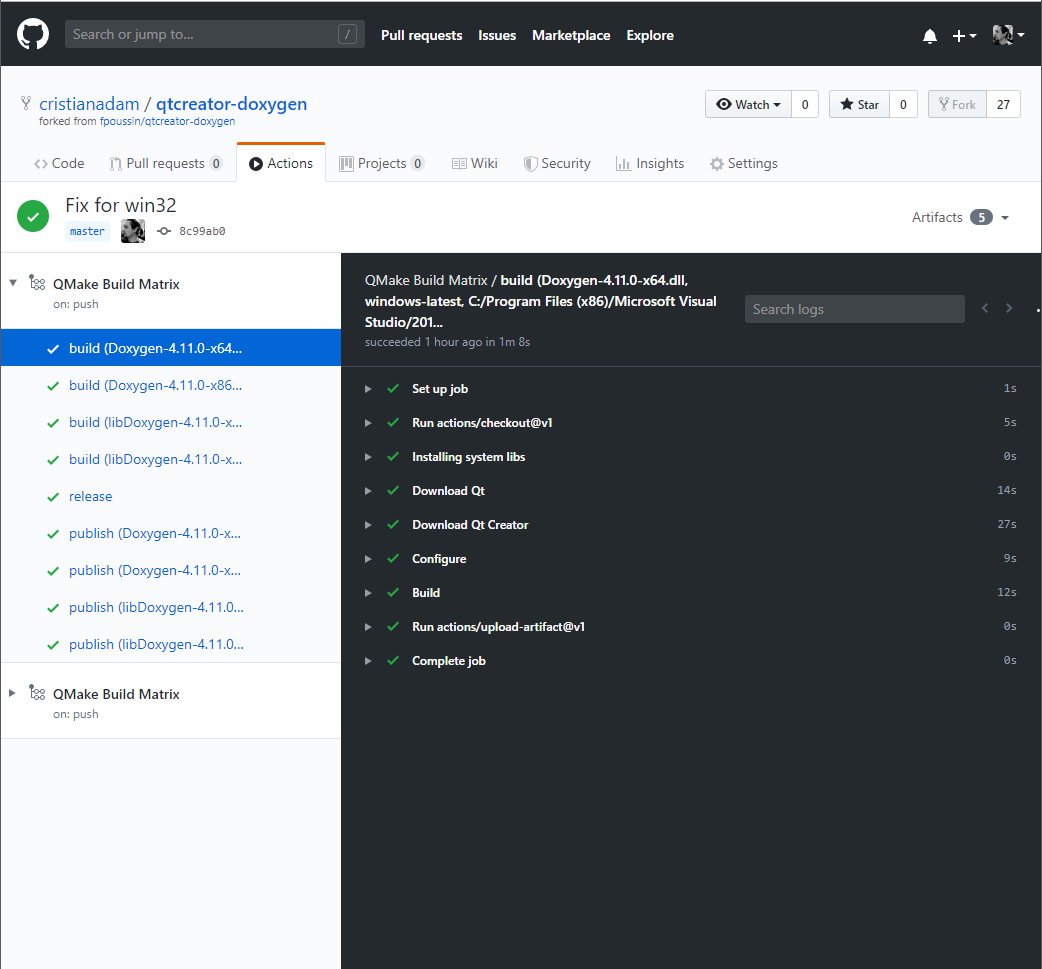 GitHub Actions has some differences in platforms and compilers when it comes to how Qt and Qt Creator are built:

As it turns out Qt Creator was able to load the plugin on all three platforms! 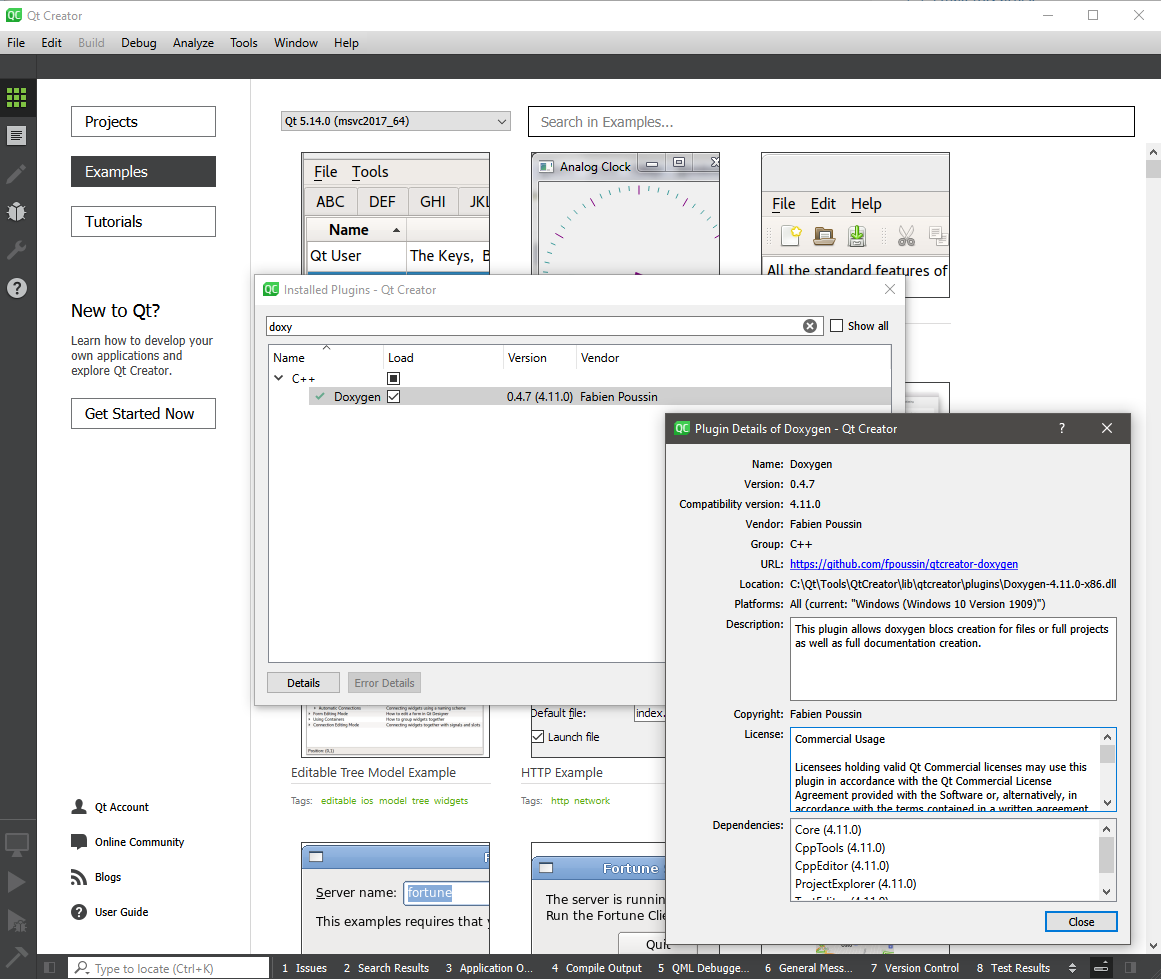 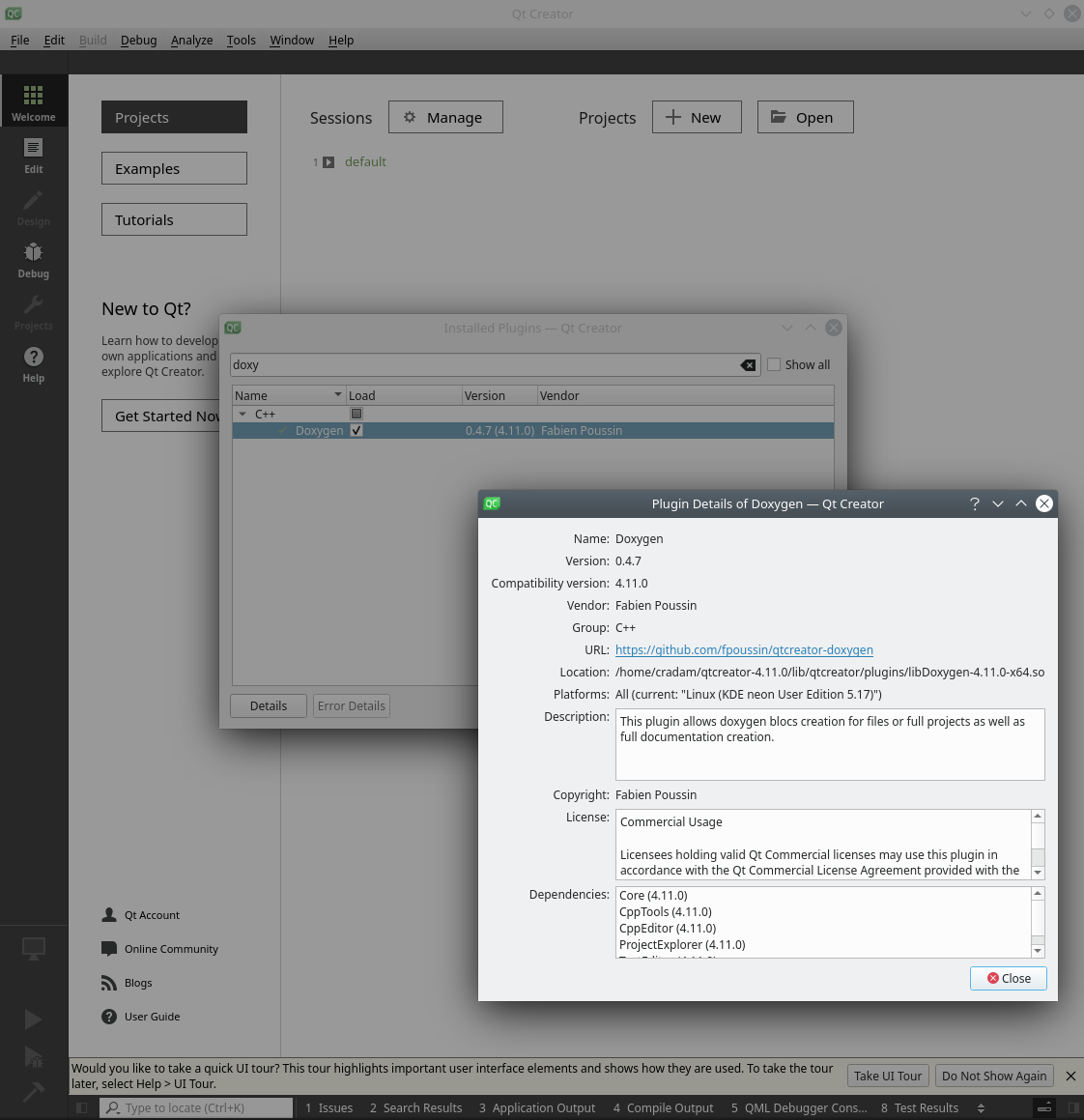 All of this was possible with a Yaml file that needs to be copied into qtcreator-doxygen/.github/workflows/build_qmake.yml

The source is below:

Feel free to copy and hack the script in order to release your own Qt Creator plugins! 😊