Today we are unleashing a production-ready 3D Editor as part of Qt Design Studio 1.5 which was recently released. With this release the 3D Editor received a lot of new features, improvements, and fixes. Here is a glimpse of what has been added: 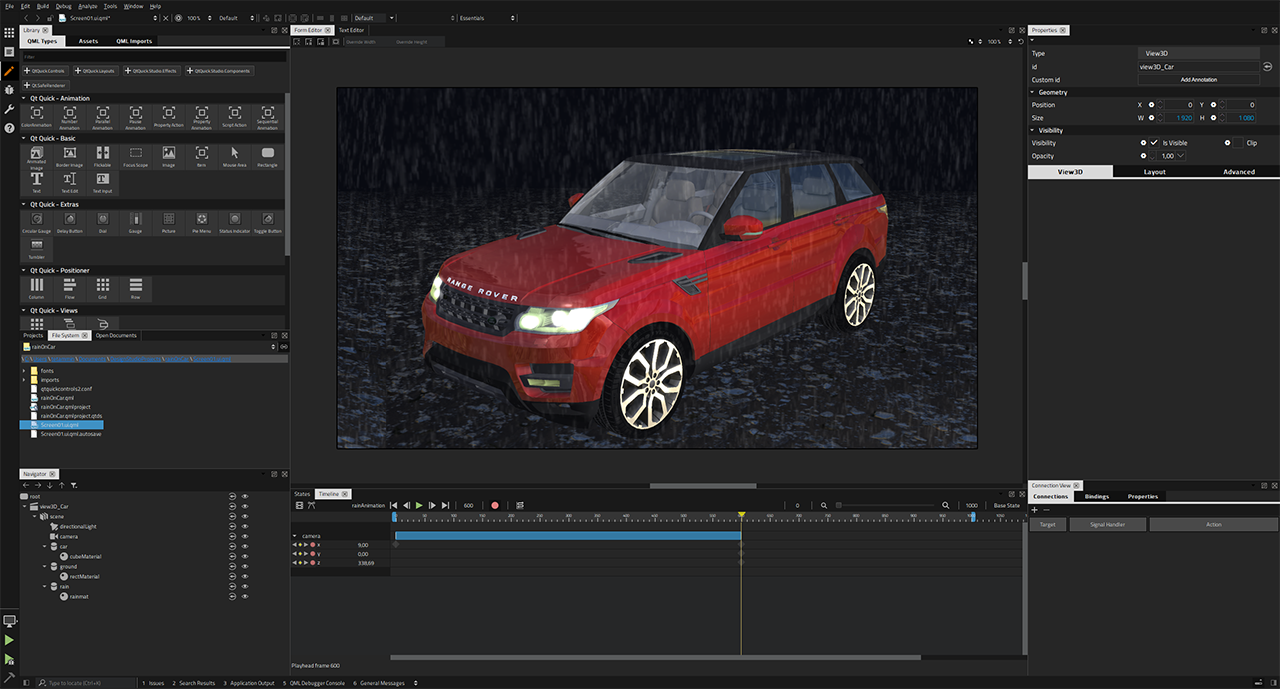 Let's take a closer look at what the new 3D Editor is capable of. When you open the 3D Editor you get a viewport at the 3D scene. You can then start building your scene by dragging 3D assets (primitives, cameras, lights, etc) from the Quick3D item library to the 3D Editor. You can also import and use 3D assets created in external 3D modeling software via the integrated 3D assets importer. Objects on the scene can be selected, moved, rotated, and scaled using in-place transformation gizmos. Other properties can be edited using the Property Editor in the same way that 2D objects properties are edited. Camera controls for manipulating and moving around the 3D scene are intuitive and easy to use.

A great merit of Qt Design Studio 1.5 comes from the consistency of mixing 2D and 3D content to compose a UI. 2D and 3D assets are edited exactly the same way. Editing an object's properties in the Property Editor works the same for 2D and 3D objects. As for animation, both 2D and 3D objects are animated similarly. Creating, editing, moving, deleting keyframes is consistent. Also 2D and 3D objects can co-exist in the same timeline. This allows creating powerful 2D / 3D hybrid user interfaces in an intuitive seamless way.

2D and 3D objects side by side in one timeline

Qt Design Studio's component system can be harnessed to organize a complex 3D scene. Creating a 3D component is as simple as right-clicking an object tree in the Navigator and selecting "Move component into Separate File". This creates and adds a new reusable 3D component to the item library. Adding a new instance of the component is a matter of dragging it to the desired position in the scene tree.

Getting started? You can get Qt Design Studio 1.5 is via Qt online or offline installers. Need help? A comprehensive documentation of the 3D Editor can be found in the Editing 3D Scene section of the Qt Design Studio Manual. Issues and suggestions can be posted to the bug tracker.