The Qt Company recently compared the latest Long Term Releases Qt 5.15 and Qt 6.2 of its software development platform consisting of design, development, and quality assurance applications plus various software libraries, referred to in this post as modules. This blog post, intended particularly for product and R&D leaders, summarizes the main findings of the comparison.

Comparing two major releases is never trivial, especially when there are eight years between their initial releases, the comparison highlights that there is enough feature parity for most customers to move to the Qt 6.2 LTS release., It’s important to stress that we at Qt have been laser-focused on providing Qt 6 with as much source compatibility as feasible. In addition, Qt projects can find plenty of resources in the Qt online documentation helping with the source code migration. We also offer professional services helping with the transition to Qt 6.

Out of the 77 components that comprise the Qt 5.15 LTS release, 72 are either available in Qt 6.2 LTS out-of-the-box, the functionality has been merged into other components such as the Qt OpenGL Module, or they have been already deprecated during the lifetime of Qt 5 such as the Qt Script modules.

Five out of 50 add-on modules have not been included yet. For example, the Qt Location add-on module providing capabilities to draw maps in applications has not been used in many products using Qt. The same is true for the Qt Speech add-on module, which provides a single text-to-speech functionality. The add-on modules Qt PDF and Qt Gamepad had also only few adoptions among developers, making the justification to port them to the re-architected Qt 6 release challenging. The future of the Qt WebGL module has not been decided yet and, therefore, it is not included in the Qt 6 series. We are evaluating concepts and technologies that allow Qt applications to be operated remotely. WebGL might be a part of this in the future, but we don't want to commit to any particular technology at this point. Let us know if and how you are using any of these 5 modules for planning the future roadmap. The Qt license allows customers to embed relevant code from the Qt 5 software stack to Qt 6.

A comparison of individual features or API level is also important. We at Qt try to focus on describing the differences on feature level when there have been many changes (Check out the related posts on Qt Multimedia and the Qt Extras modules on this blog!). For example, the Qt Multimedia module will deliver on the cross-platform promise unlike Qt 5.15 reducing the development effort with Qt 6 but might miss a few capabilities. We also added some all-new functionality to the Qt Multimedia module such as rendering of subtitles. Then again, some modules such as the Qt Quick 3D module have been getting an increase of functionality required for the all-new 3D experiences such as mesh morphing and particles effects.

Moving forward, the Qt Product Management Team’s goal is to fill any gaps that may prevent projects from being successful also with Qt 6 by using a customer-centric approach. We’ll keep our radars fully powered for any change in priorities. Do get in touch through our online support channels, the open-source contribution channels, or talk directly to your customer success contact.

If you want to know the details of the comparison do check on the Qt 6.2 comparison web page web page or watch the webinar on the same topic. 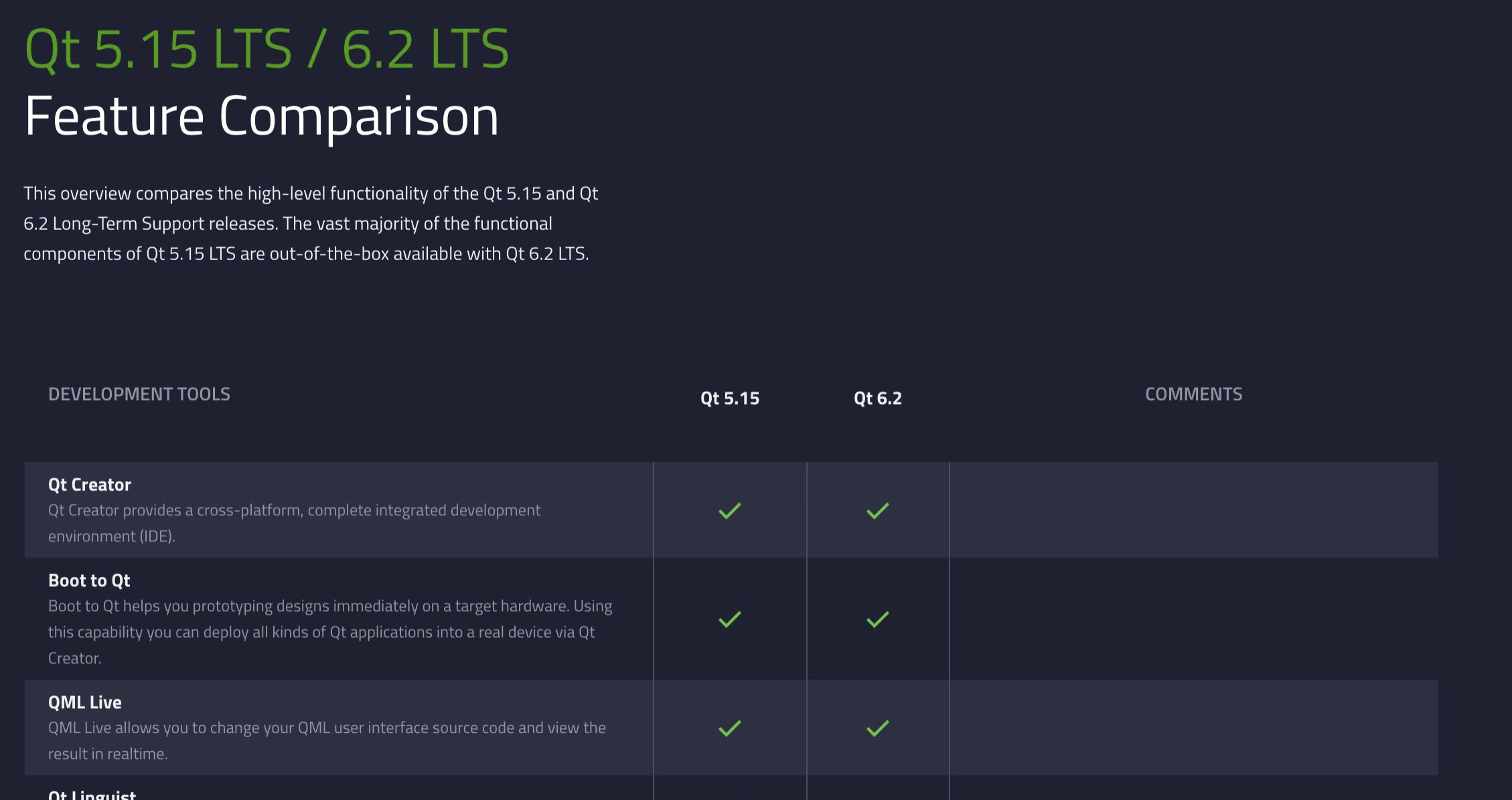 Finally, this is my first blog post as a member of the Qt Community. I am referring here to both commercial as well open-source users, and it would not be complete without thanking the open-source community. Without open-source contributors, Qt would not be what it is today, irrespective of whether we are looking at Qt 5 or Qt 6.

Update: The status of the Qt WebGL module has changed and the blog post has been updated accordingly on the 7th of September.