As you know, together with the launch of Qt 5.2 where we introduced full support for Android and iOS we also put out a specially-tailored subscription-based offering that packages Qt for Android and iOS together with commercial licensing, add-ons and Qt Cloud Services: Qt Mobile. To spread the Qt Mobile love and to meet local developers face-to-face we launched the Qt Mobile Roadshow, a full-day developer event and tech training around the newest stuff on the mobile side of Qt. The locations for the roadshows are Tampere, Finland (we just concluded the sold out event on January 27th),  San Francisco (Feb 19th), London (Mar 11th) and Berlin (Mar 13th).

The agenda for the day includes:


The content of the training is created together with Qt R&D and delivered directly by Digia’s Qt Trainers and Qt R&D specialists. In each location, we also feature a number of local Qt specialists to answer your questions and showcase a bunch of Qt demos.

The first roadshow took place this week in the Nordic mobile hotspot, Tampere, Finland with a full house of around hundred local mobile developers and enterprises. Even though the venue, the ICT hub New Factory, is a large one, the excitement got so high that we reached the max registration amount already couple of weeks before the event. 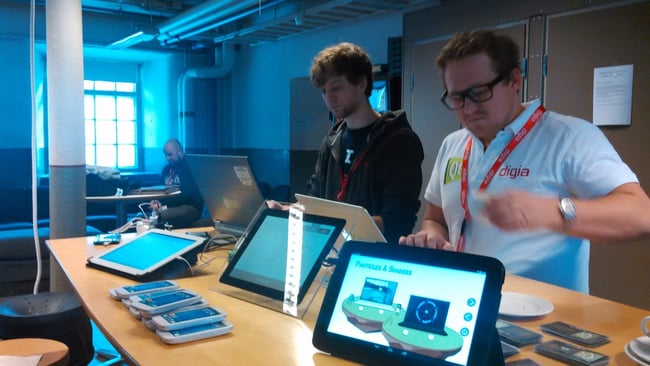 Qt boys by the demo table! 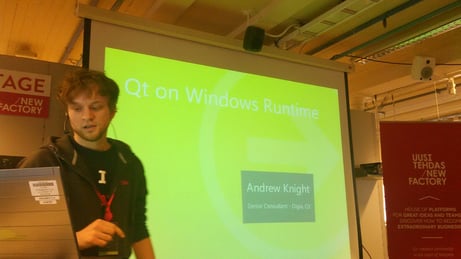 There were a lot of new-to-Qt developers in the audience, but also experienced Qt enthusiasts that wanted to see how to take their Qt applications to mobile platforms.

“Prior to the roadshow I had a year-long break from Qt while I focused working with other frameworks and technologies. Despite the break, I was right at home after I installed the development tools. Qt Quick is still, without a doubt, the fastest and - what's important - the most fun framework for building UIs and I can't wait for it to be available on Windows Phone and WinRT! The awesome Qt demo on Windows Phone by Andrew Knight was one of the highlights of the day.”  says Tomi Paananen, one of the roadshow participants.

In Tampere, we also had an evening reception with refreshments and snacks sponsored by Jolla. Vesa-Matti Hartikainen from Jolla gave an introduction how to take Qt applications into the Qt-powered Jolla phone using the Sailfish SDK. The developer opportunities for using Qt on mobile development are truly astonishing—Qt Everywhere!

But that's not all for Tampere. Next Monday, Qt is also going to take over the MobileMonday Tampere with talks covering a wide range of Qt on Mobile use cases. Besides talks by Qt, Digia, local Qt-powered companies are also sharing their experiences with Qt. See more and register here. 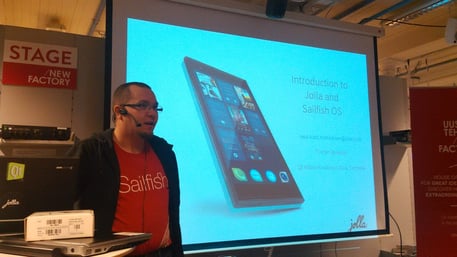 The registration for all other locations (San Francisco, London, Berlin) is now open. Participation is free, but seats fill up fast, so register today to ensure your participation into the #1 Mobile developer event of the year! See the roadshow pages for registration links. After the roadshow, we'll refine parts of the material and presentations to be available online. Today, you can go ahead get a free 30-day evaluation version of Qt Mobile yourself.

Thank you all for participating in our Tampere event and making the day an awesome and fun developer event with a lot of interactivity! Also thanks for New Factory / Demola for the great venue and Jolla for joining us for the evening reception!

See you soon in the other locations!

Desktop and Mobile are in the DNA of Qt