Qt Contributors' Summit 2018 is over. Two days of presentations and a lot of discussions during presentations, talk of Qt over coffee and lunch and in restaurants in the evening.

A hundred people gathered to think where Qt is heading and where it now is. Oslo showed it's best with warm and sunny weather. The nordic light is something to see, while it does wake people at awkward hours of the morning. I've never had as much company at the early breakfast time before rushing to the event venue for last minute checks :)

The major topics of the event included the first early ideas for Qt6. The first markings on the white board put Qt6 still securely in the future several releases out, maybe after Qt5.14

Bugreports has a list of suggested changes. If you have something that you would like to see changed the next time there is an ABI break, take a look and see if you need to add to the list.

The C++ version for Qt6 raised only a mild discussion. This is most likely due to things being a bit open in the C++ development. It seems like C++17 would make most sense, as staying with an older release might tie the project too much. But going with C++20 seems agressive as it will most likely not be completely stable when Qt6 needs to be in heavy development. However there are a lot of open questions around how compilers for different platforms implement the new features coming to the language.

The tools of the project got several sessions and upcoming improvements and changes to Gerrit, Jira, Coin and testing tools were discussed. Every area will see changes and improvements going forward. So if your Jira boards look strange one morning, it means that that the tools has gotten updates and the process has been streamlined.

The sessions included Qt for Python, that is now in tech preview and officially supported. It builds on the PySide project and has a robust system for making Python bindings for Qt, but it can also be used for any C++ project. Check out Qt for Python now. It is under development, but on a tech preview usable level, so it will see new features arriving all the time.

The above and all the other can be found at the event program page. People will be adding notes to the session descriptions, posting notes to the development list and also adding actionable items to Bugreports. That makes following up on everything much easier and more visible.

It was a good event with a lot of things being cleared and moved forward. It is always good to have the contributors come together and see each other, it helps the project way more than is present on the surface.

Last it is again time to thank the sponsors for making Qt Contributors' Summits possible! 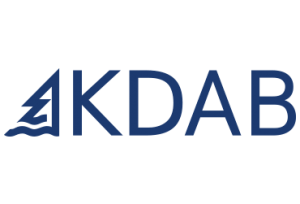