Why did Trolls and Snakes start to play together? (Qt at PyCon US)

After the successful release of Qt for Python, we have been aiming to bring the Python community to our amazing ecosystem, and at the beginning of May, we had the opportunity to attend the biggest Python Conference in the world, PyCon US.

Python and Qt were born around the same years, and one of the most important principles for both projects was that readability counts.

Since the adoption by the scientific community and the growing of its web framework communities like Django, Python has been getting more and more attention.
Nowadays, thanks to its principles and easy-to-use philosophy, Python has been playing an important role with the hot-topics we currently hear, like Data Analysis, Machine Learning, Artificial Intelligence, among others, which has been reflected in the latest Stack Overflow Surveys.
The results for this years survey positioned Python as the:

This is a nice motivation to join forces with the Python community since we have been putting a lot of efforts since circa 2008, when the PySide project started. 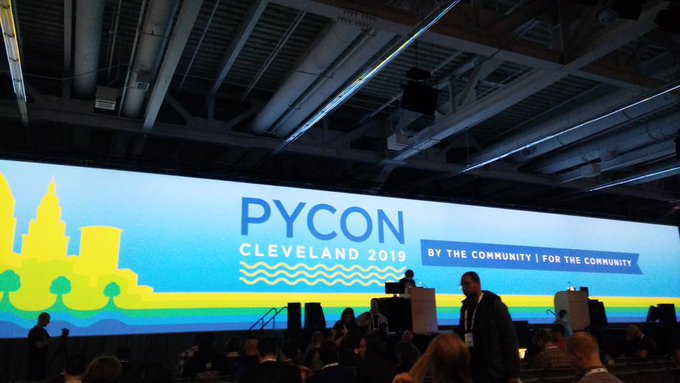 PyCon started in the year 2003 in the US, and after a small conference with only 200 attendees, it has been spreading all over the world.
This year the number of attendees was roughly 3200, which were spread among the five parallel tracks, and open spaces events that happened during the three main days of the conference. 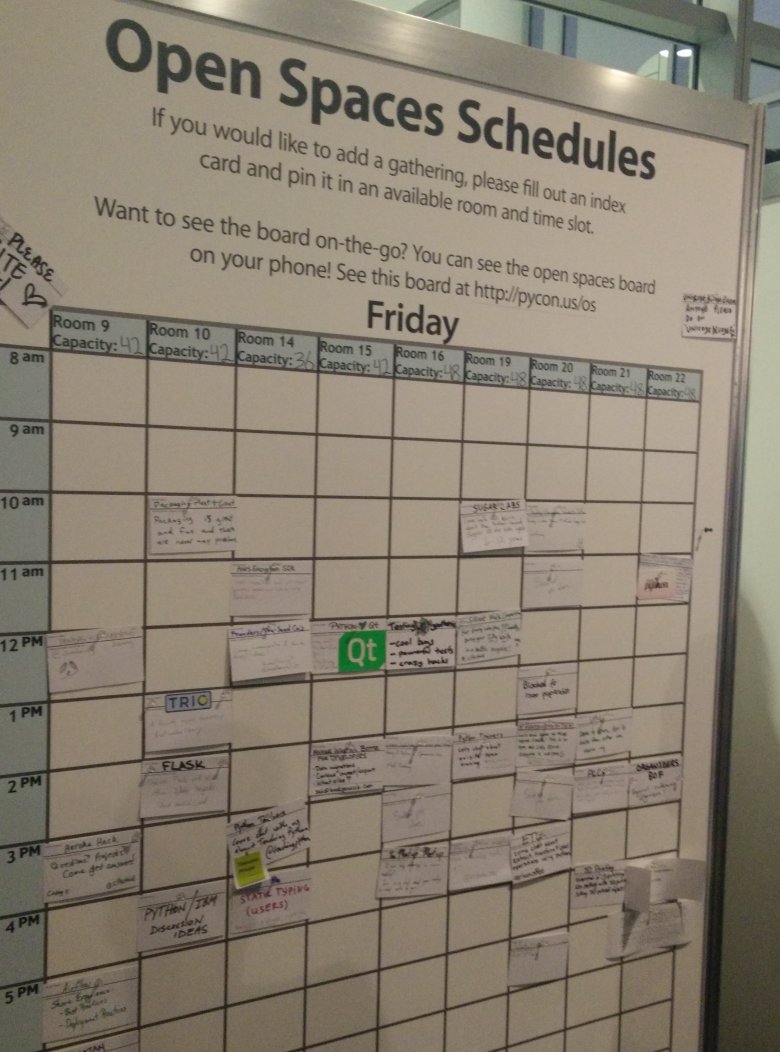 Since the open spaces were running in parallel during the whole conference, we decided to give it a try, and add one just for Qt. To be honest, we didn't expect many people, and even the idea of "Let's work and read emails for one hour at least..." came to our mind, but to our surprise, once we approached the room, there were already people inside. Initially, we thought that we were in the wrong room, but no, every single person inside was interested in hearing about the Qt project. Many people joined due to the curiosity of having the Qt project on a Python conference, and also because people had many questions.
The beginning of the discussion was focused on an overview of the last years of development, features from the latest Qt version, and how PySide has been evolving.
Many people were aware of the first versions of PySide, and they were really happy that it was at the end a stable released officially supported by Qt.
We actively discussed how to improve the Qt for Python project, and how to get the attention of more Python developers.

Fortunately, that was not all.

The day before the conference was ending, we got the opportunity of present a Lightning Talk of only 3 minutes, so it needed to have a clear message to both get Python developers' attention, and also encourage them to try Qt for Python after the conference.
Due to the time limitation, we didn't want to show a complicated example, so we went for one of the simples QPushButton/QLabel examples you can imagine.
The reception was quite positive, and after the lightning talks session many people approached us to tell us that they used Qt in the past, they were interested in trying it out, or simply to ask what else you could do with Qt.

Since the interaction could have been subjective, we wanted to see if by any reason we have affected the downloads we daily get from PyPi, and this were the results: 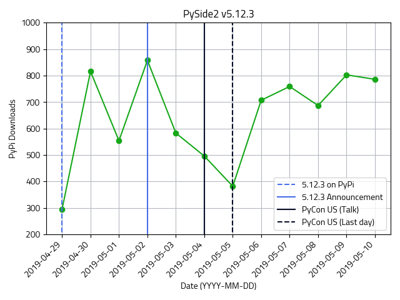 We are aware this is just starting, and we expect that over time, more Python developers will start to use Qt for the countless applications Python has, and then helping both the Python and Qt community to grow.

But most importantly, Python is currently a first-class citizen in the Qt ecosystem, and this will continue with the help of you all, so finally we can have an ecosystem where Trolls and Snakes live happily together.

API Stability is No Black Magic!