webOS Open Source Edition (webOS OSE) 2.0 has been released on October 29th, 2019, aiming at extending its domain, especially towards the automotive industry.

For those who are not familiar with webOS OSE, here is a brief introduction. It is an open-source edition of webOS, a web-centric and usability-oriented software platform that has long powered LG Smart TVs and Digital Signage. Based on its reliability and potential demonstrated by more than 70 million devices sold was worldwide, LG Electronics decided to make it available to anyone. As a start, the initial version of webOS OSE was launched in March 2018 under the philosophy of open platform, open partnership, and open connectivity. Since then, there have been about a dozen of releases with new features and bug fixes. All this was possible because of the efforts of the internal development team and the contributions from developers.

And now, it is with excitement to announce the second major version, webOS OSE 2.0,  with powerful new features and significant improvements! 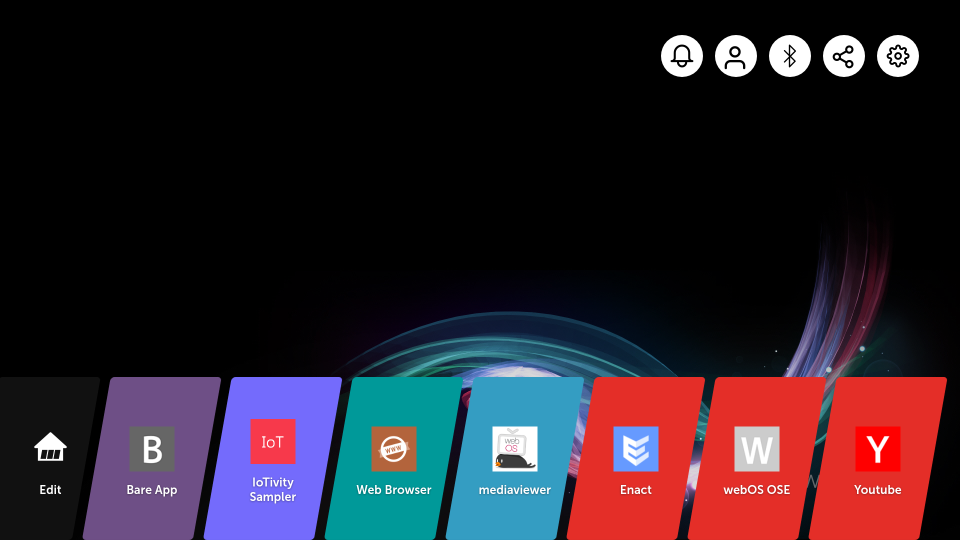 Among many of the updates, the highlights are as follows:

There have been suggestions from developers to upgrade the reference hardware of webOS OSE to a newer version of Raspberry Pi, since Raspberry Pi 3 Model B is outdated and has limited features. Considering their wish and at the same time to keep pace with the trend, webOS OSE takes the latest line of Raspberry Pi, Raspberry Pi 4 Model B, as the reference hardware. It allows dual displays through two micro HDMI ports and guarantees more powerful graphics performance due to GPU upgrade. It also boosts connectivity by supporting Gigabit Ethernet, dual-band Wi-Fi, and Bluetooth 5.0/BLE. Regarding peripherals, more devices can be attached as it is equipped with two USB 3.0 ports as well as two USB 2.0 ports.

As mentioned above, webOS OSE 2.0 is a sign of a resolution to join the mainstream of automotive players as a platform for rear-seat entertainment (RSE). In line with that, the new reference UI/UX is passenger-oriented and optimized for touch input. It also comes with card-view type Home Launcher and quick access toolbar with shortcuts to the features that users frequently use.

Support for multiple displays is one of the essential features for an RSE system in a vehicle where multiple passengers most likely want their screens. As a start, webOS OSE 2.0 supports dual displays and provides guides on how to employ the dual-display feature in their apps.

Firmware-Over-the-Air (FOTA) is a technology that facilitates the wireless upgrade of firmware on a device and is now one of the most desired features in the connected cars context. The FOTA feature of webOS OSE 2.0 is based on libostree, an upgrade system for Linux-based operating systems that performs atomic upgrades of complete filesystem trees.

Tethering is the sharing of a device’s Internet connection with other connected devices. Connection of a device with other devices can be done over Wi-Fi by using the SoftAP technology, which is an abbreviated term for "software-enabled access point".

Smack has been integrated to improve security. It is a kernel-based implementation of mandatory access control that will enable the implementation of features that require a higher level of security from the platform level.

The major open-source components of webOS OSE – Qt and Chromium – have been upgraded to a more up-to-date version. Qt has been upgraded from 5.6 to 5.12 to improve graphics performance and stability, and Chromium, the default web engine, to 72, for performance enhancement in terms of web functionality as well as web compatibility.

C++ is the Programming Language of the Year 2022