We are happy to announce a prerelease of Qt Creator 2.7. This is intended to give some early impression of improvements and new features of the final release scheduled to ship at the end of March, and also as a way to gather last minute user feedback.

All in all we are looking at more than 1300 changes by 63 developers. The changes with most user visible impact are recorded in the ChangeLog.

Let me highlight a few areas:

On the C++ support side we see better, but not yet full support for C++11. The new keywords alignof, alignas and noexcept are handled, as are ref-qualifiers in function declarations, ">>" in template parameters, some more cases of lambda captures, and a few more. The biggest addition is support for uniform initialization (a.k.a. brace initializers). In cases where the build system does not provide enough hints we now assume the code is C++11, not C++98/03, giving generally a better out-of-the-box experience. Before questions arise, yes, this is still our trusty old code model, a switch over to clang is still hampered by the performance impact this would have. 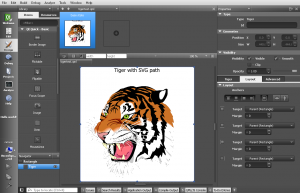 On the QML side there was quite some work to make the Qt Quick Designer work with Qt Quick 2. Note, however, that the binary packages are based on Qt 4.8 and therefore do not contain qml2puppet, the external process that is responsible for rendering Qt Quick 2. You can build it yourself from source (qt-creator/share/qtcreator/qml/qmlpuppet/qml2puppet), or wait for the Qt 5.1 release. As the other Qt 5 packages, this will come with a Qt 5 based Qt Creator build. Qt 5.1 will also contain Qt Quick UI components, making the Qt Quick Designer more fun to use.

The "Kits" (i.e. working sets of device, compiler, debugger, and Qt version settings) introduced with Qt Creator 2.6 have proven to be a pretty flexible foundation for a wide scope of use cases, especially in the cross-development area. It is now e.g. possible to use certain custom toolchains without the need to create a specific Qt Creator plugin and also easier to create ready-made custom setups. As a result, it will be possible to provide ready-built embedded Linux images again for the commercial licensees which have been missing in 2.6. The new flexibility came with a few rough edges in the UI, but the worst have been addressed by now. This is one of the areas where feedback from Real World use would be especially valuable.

Other than that there have been smaller and bigger changes across the board. There is, for instance, experimental support for the (also experimental) QBS build system, including .qbs files for building Creator itself, Merge Tool support in the git plugins, new templates for BlackBerry applications, a more straightforward way to visualize images and vector data in external viewers when debugging etc etc. I'd like to take the opportunity and thank Orgad for becoming the most active contributor, and on a more personal note Lukas for picking up the ball in the FakeVim arena, tying up the loose ends and doing all the grunt work of bringing it from the "good enough for me" to the "works well for others" state. Thanks, guys!

The commercial license holders can download packages from the Customer Portal, open-source users from release.qt-project.org or directly build from the 2.7 branch on Gitorious. Try it, and report back using the Bug Tracker. We are also reachable on #qt-creator on FreeNode IRC and the qt-creator@qt-project.org mailing list. Please do not attempt to report bugs in the comment section of the blog post or the web forum, chances are they won't be visible to the people who might be able to fix them.

We will go into string freeze on Thursday next week and plan to have a first Release Candidate two weeks later.

A final heads up for the users of the Madde plugin: As the functionality is now mostly available using the Generic Linux approach, the plugin has been downgraded to "not loaded by default". This has right now the effect that the related settings vanish and need to be re-entered after re-enabling the plugin. We will look into a solution for the final.