I’m very happy to announce that Qt 5.1 is now available. It has taken us a little more than 6 months since we released Qt 5.0 end of last year. While we originally planned that Qt 5.1 will mainly focus on bug fixing and stability of Qt 5.0, we have actually achieved a lot more. The release contains a large amount of new functionality in addition to numerous smaller improvements and bug fixes. For more information, please have a look at our Qt 5.1 launch page.

Qt 5.1 comes bundled with a freshly released Qt Creator 2.7.2. They are available through a new online installer, that allows for automatic and seamless upgrades in the future. A new version of the Visual Studio Add-in is also available.

We have added many new modules that largely extend the functionality offered in 5.0. The new Qt Quick Controls and Qt Quick Layouts modules finally offer ‘widgets’ for Qt Quick. They contain a set of fully functional controls and layout items that greatly simplify the creation of Qt Quick based user interfaces.

Qt Sensors that many already know from the Qt Mobility efforts in Qt 4 has now been added to Qt 5.1 supporting Android, Blackberry and iOS. A new Qt Serialport add-on allows controlling serial connections on Linux, Mac and Windows.

Qt 5.1 also greatly extends Qt outreach to different platforms and operating systems. First of all, Qt now supports Visual Studio 2012, and offers the option to choose between ANGLE and desktop OpenGL on Windows.

In addition to that our work to bring Qt to mobile operating systems is showing great results. Even though Qt for Android and Qt for iOS are not yet final, and are marked as technology previews in this release, they are already very usable for a large number of use cases.

Qt for Android supports all Qt modules that are part of 5.1 with the exception of Qt Serialport, Qt WebKit and parts of Qt Multimedia. Qt for Android also comes with a great integration into Qt Creator that allows you to do almost all your development until the point where you want to upload the application to Google Play.

Qt for iOS also already supports the same Qt modules as Android does, with the exception of Qt Quick 2. This is due to limitations in iOS that make it impossible to use V8 as the JavaScript engine on this operating system. We will provide full Qt Quick support on iOS with Qt 5.2.

As with any release also this one contains a few issues that we know about and probably some more we haven't yet found. All of these will be collected on the Known Issues page in our wiki.

Finally, I hope that you all will enjoy Qt 5.1. I personally believe that this release is a great milestone for Qt. Qt is now a cross platform toolkit that also spans the major mobile operating systems in addition to the desktop platforms and many embedded OSes.

A lot of hard work has gone into making this release happen, and I’d like to thank everybody who contributed in one way or another to it. Following tradition, here are some pictures of many (but far from all) of the people that helped create Qt 5.1.

To evaluate the Qt Enterprise commercial version, please go here. You can also download the open source version from here. 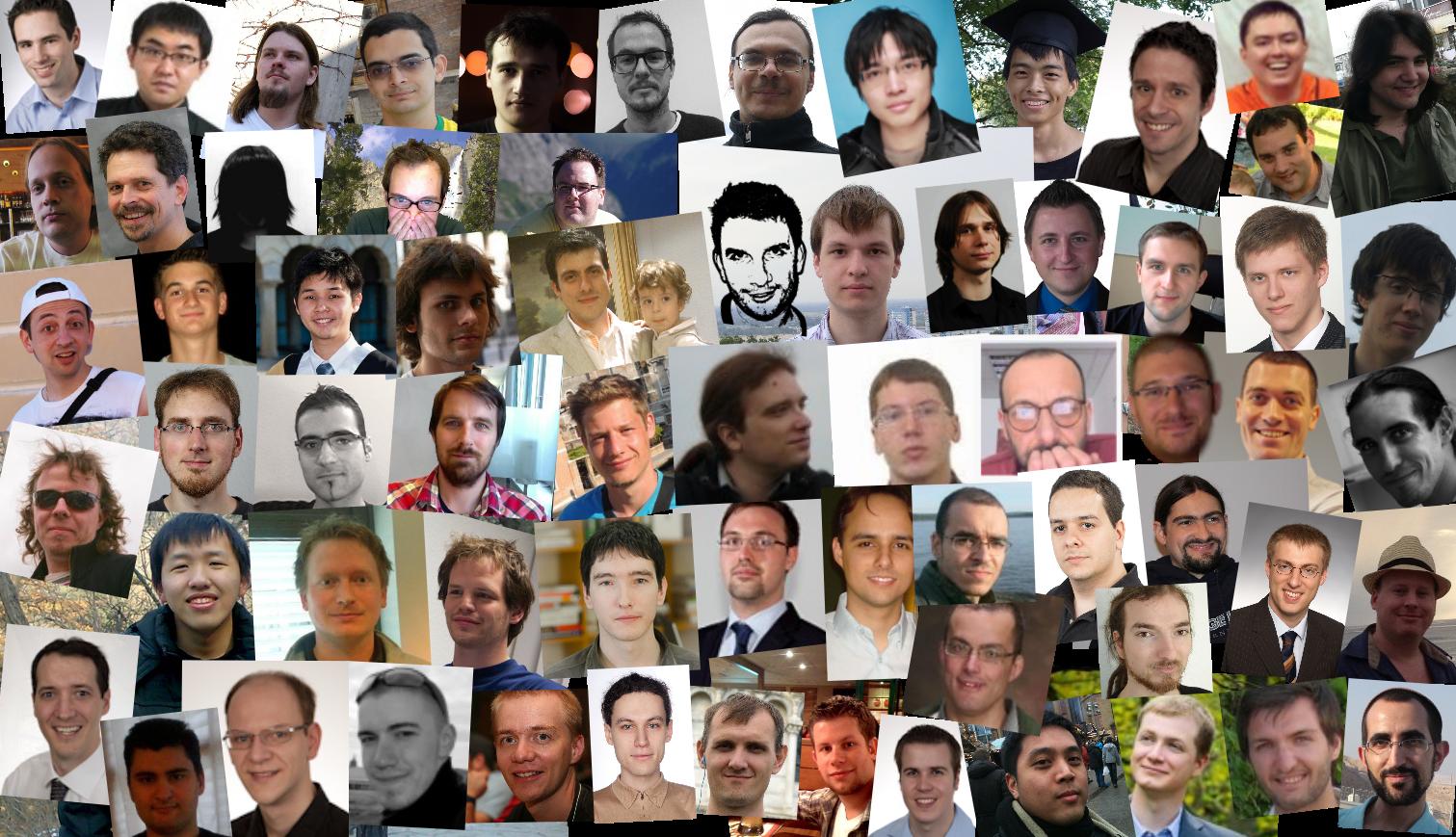