Qt for Native Client (and emscripten)

Qt for Native client has been in development for a while, and I'm pleased to announce that the project again has reached working status: running Qt applications (Qt Widgets and Qt Quick) sandboxed in the Chrome browser. In this post I'll talk about the background of native code on the web and how to get started with Qt.

Qt for Native Client is available as an unsupported tech preview. Get the source code form code.qt.io:

The above "git clone" will give you qtbase only - If you are interested in using Qt Quick then you probably want a complete Qt checkout with the wip/nacl branch for QtBase.

A brief history of Native Code on the Web

Emscripten compiles native code to JavaScript which can run on all browsers. Later versions of Emscripten improves performance (on cooperating browsers) by using the ASM JS subset of JavaScript.

WebAssembly is a joint effort between some of the larger browser vendors, which target “is to promote early-stage cross-browser collaboration on a new, portable, size- and load-time-efficient format suitable for compilation to the web.” Compatibility for non-WebAssembly browsers is provided in the form of a WebAssembly loader implemented in JavaScript.

The Native Client SDK is versioned along with Chrome and follows the same 6-week release cycle. The SDK contains an update script which fetches new versions and updates ‘canary'.

'pepper_NN/toolchain' then contains PNaCl and NaCl toolchains. The “mac” in the names is the host, produced binaries are OS independent. The Qt tech preview currently supports the 'pnacl' and 'newlib' toolchains, using static builds.

Finally we find the compiler binaries and conclude we are dealing with a cross-compiler:

Emscripten is typically distributed by your platforms package manager. On OS X:

This gives you the ‘em++’ compiler and friends - there are no versions or toolchain variants. em++ can produce “executable” .js files:

Programs that want to do something more interesting than printing to standard out need an API to interface against. In Qt, this is the domain of the QPA platform plugin. Native Client provides PPAPI (’Pepper’) which provides a C and C++ API for the features covered by the HTML (5) specification. For example, Pepper gives access to mouse and keyboard events, and provides 2D or 3D graphics contexts.

Emscripten also has a similar API. Qt could have used it but instead uses pepper.js, which is a re-implementation of the Pepper API on top of Html, which allows us to re-use the exiting pepper platform plugin. (It could be said that adding this level of indirection is in the spirit of compiling C++ to JavaScript). Emscripten support is still very expermental: QtCore and QtGui runs with raster graphics, the OpenGL, QtWidgets and QtQuick modules are largely untested.

The workflow is similar to using Qt for any other platform:
1. Configure and build Qt.
2. Build the application.
3. Deploy. (nacldeployqt)

The following is a simplified overview, complete getting started instructions are available at qtbase/README.md.

1. Use the provided configure script, select a NaCl toolchain or emscripten (We treat emscripten as a nacl variant.)

This creates supporting files for the application: a html file, the qtloader.js script, manifest files.

In addition, nacldeployqt provides some convenience: 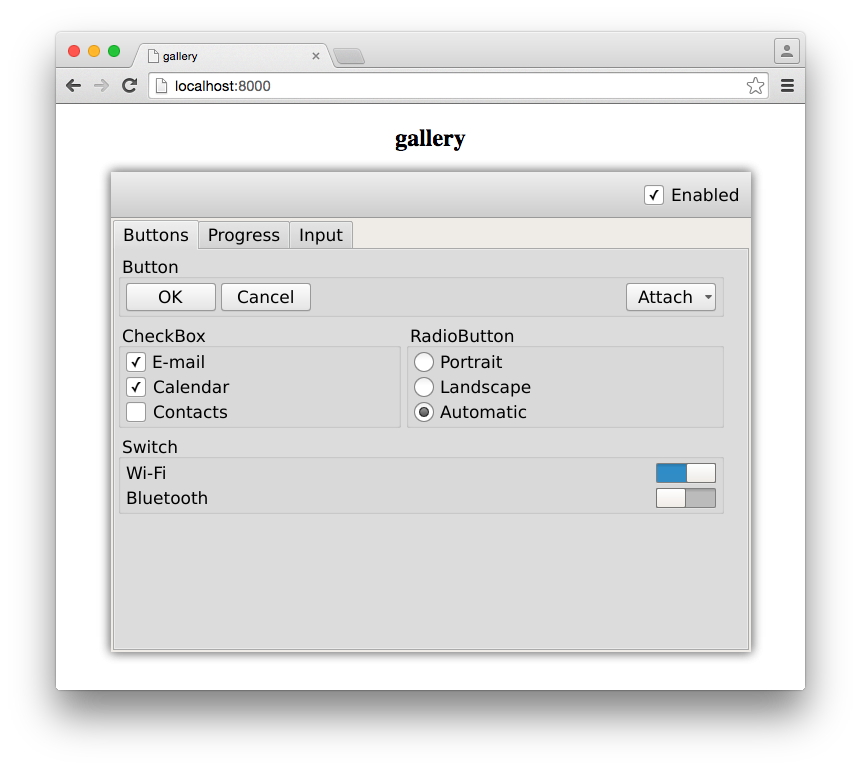 Questions? Interested in contributing to the development of Qt for Native Client? Contact us here or on #qt-labs on irc (freenode).

Getting Started With Qt for WebAssembly