We start the introduction of the 2015 Qt Champions with Iori Ayane who is an active participant in the Japanese Qt scene.

Qt is big in Japan, Iori is the second Japanese Qt Champion in two years. There is a really impressive community of Qt users in Japan with regular meetups and activities.

The thing that really resonated for Iori was Qt Quick, which he immediately started using after the workshop and hasn't stopped since.

Among the projects he has made are:

While Iori has coded a lot, the thing that sets him really apart is that he has written several books on Qt in Japanese. This also started much like his coding with Qt Quick. After coding with Qt Quick for a while Iori felt that Qt Quick is such a wonderful technology that it should be more widely known. However there were no books in Japanese at the time. Iori had written about Qt Quick on his blog, but it felt limited, so he wrote an introduction to Qt Quick in Japanese and got it published with the help of friends. 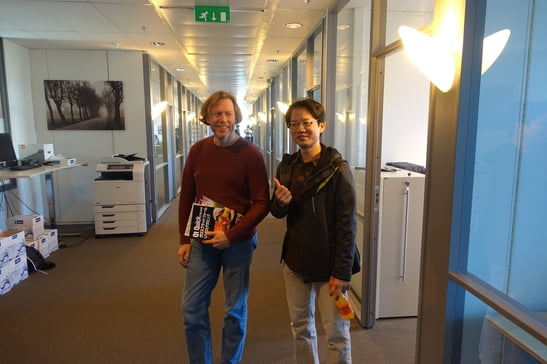 The thing that has really impressed Iori in the Qt Community is that everyone is accepted as part of the community. The Japanese Qt community has grown as more people know about Qt and they have regular meetups and workshops in several locations.

Iori himself started with just making small hobby programs and has now made several books and patches to Qt. He likes to tell people about Qt and how easy it is to get started with Qt.

Again, congratulations to Iori on the title of Qt Champion 2015!