We have released Qt Visual Studio Tools 2.4 RC (version 2.4.0); the installation package is available in the Qt download page. This version features an improved integration of Qt tools with the Visual Studio project system, addressing some limitations of the current integration methods, most notably the inability to have different Qt settings for each project configuration, and lack of support for importing those settings from shared property sheets.

The Visual Studio Project System is widely used as the build system of choice for C++ projects in VS. Under the hood, MSBuild provides the project file format and build framework. The Qt VS Tools make use of the extensibility of MSBuild to provide design-time and build-time integration of Qt in VS projects -- toward the end of the post we have a closer look at how that integration works and what changed in the new release.

Up to this point, the Qt VS Tools extension managed its own project settings in an isolated manner. This approach prevented the integration of Qt in Visual Studio to fully benefit from the features of VS projects and MSBuild. Significantly, it was not possible to have Qt settings vary according to the build configuration (e.g. having a different list of selected Qt modules for different configurations), including Qt itself: only one version/build of Qt could be selected and would apply to all configurations, a significant drawback in the case of multi-platform projects.

Another important limitation that users of the Qt VS Tools have reported is the lack of support for importing Qt-related settings from shared property sheet files. This feature allows settings in VS projects to be shared within a team or organization, thus providing a single source for that information. Up to now, this was not possible to do with settings managed by the Qt VS Tools.

To overcome these and other related limitations, all Qt settings -- such as the version of Qt, which modules are to be used or the path to the generated sources -- will now be stored as fully fledged project properties. The current Qt Settings dialog will be removed and replaced by a Qt Settings property page. It will thus be possible to set the values of all Qt settings according to configuration, as well as import those values from property sheet files. 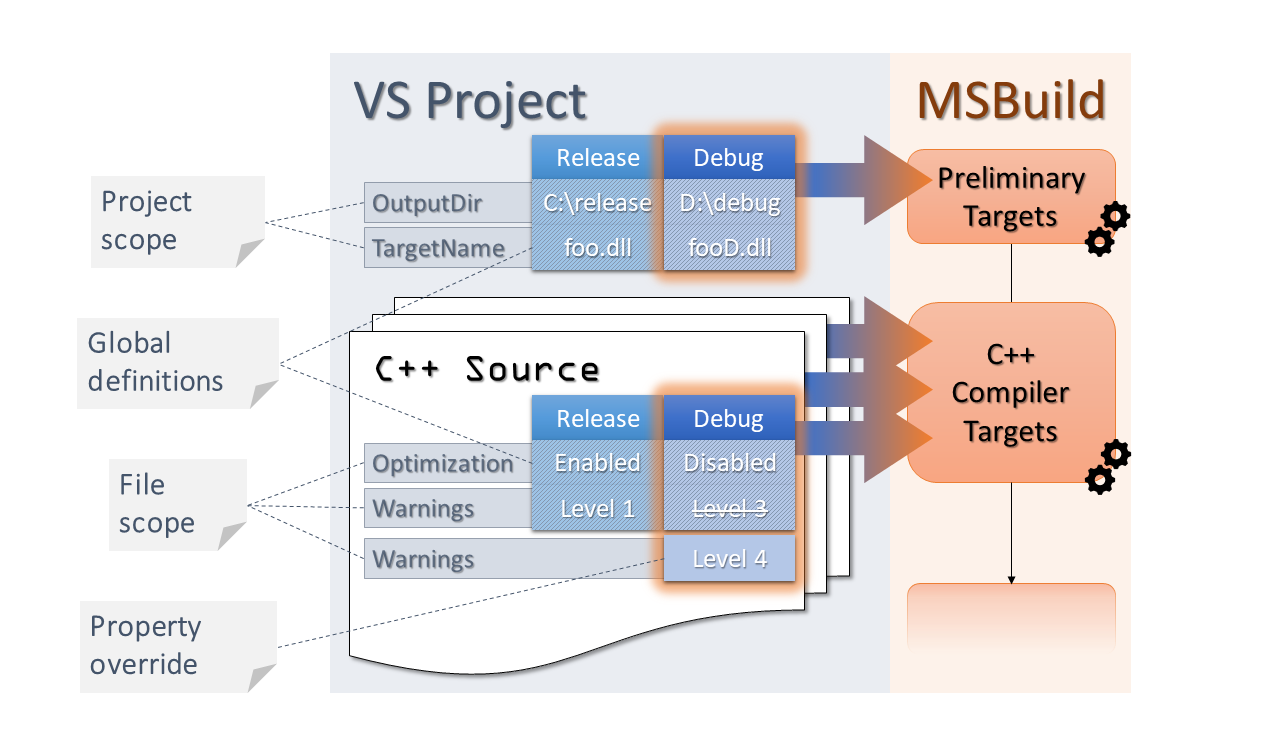 Properties may apply to the project itself or to a specific file in the project, and can be defined globally or locally:

The Qt Visual Studio Tools extension integrates with the MSBuild project system by providing a set of Qt-specific targets that describe how to process files (e.g. a moc header) with the appropriate Qt tools. 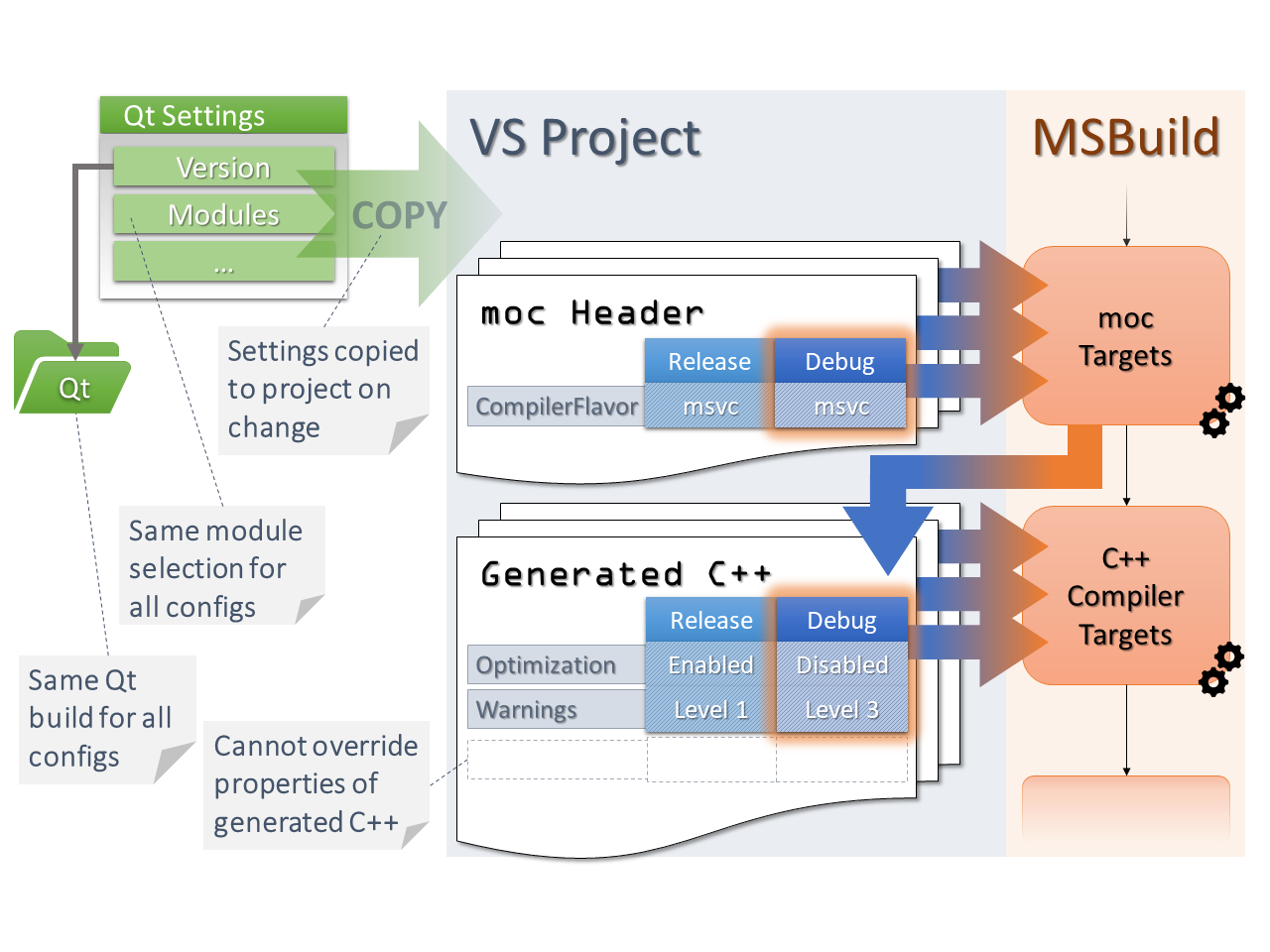 The current integration has some limitations, with respect to the capabilities of the MSBuild project system:

As discussed above, the solution for these limitations has been to make Qt settings fully fledged project properties. In this way, Qt settings will be guaranteed in-sync with all other properties in the project, and have the possibility of being defined differently for each build configuration. It will be possible to import Qt settings from property sheets, and the property page of Qt tools that generate C++ code, like moc, will now allow overriding compiler properties in generated files.